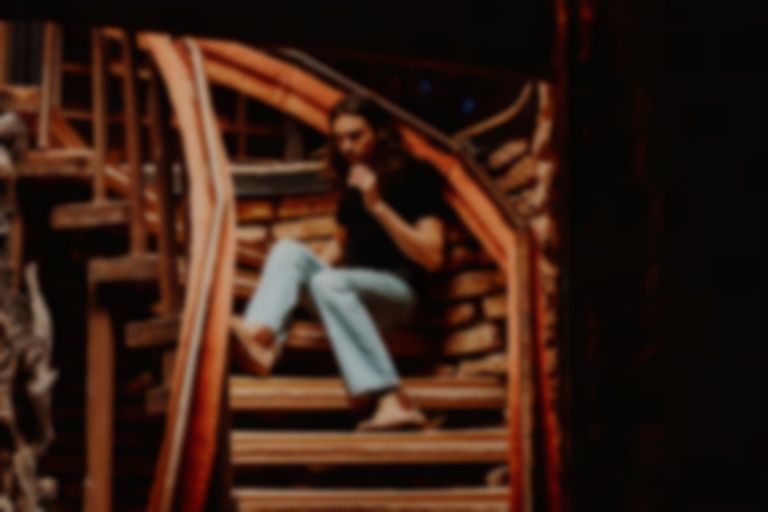 Delivering a myriad of ethereal sounds with the help of Wilco’s Patrick Sansone, “Lucy” is an enticing introduction to Morning Light, the forthcoming album of Andy Goitia's project Sleepy Gaucho.

Sleepy Gaucho is enigmatic by default. Goitia's 2018 debut, Another Time, was only completed following a lengthy period of roaming around East London. His music is also of the psych-folk strand that, while plausibly described as hazy and sunny, nonetheless has an underlying and alluring sense of mystery to it. It’s little surprise to know he counts Neil Young among his influences, and acts such as The War On Drugs crop up as reference points to his sound.

All of that is to say that Sleepy Gaucho is in good company, and on the basis of “Lucy”, he has no plans on leaving the party just yet. Calling on Nashville session musicians and friends, plus Wilco’s Patrick Sansone on percussion, organ, mellotron and glockenspiel, his psychedelic world is dense with tight, glowing harmonies and delicate performances. Themed around the bittersweet beauty of transience, Sleepy Gaucho’s irreverent singing style and melodies have an innate warmth to them, balancing tenderly against the sweetly plaintive lyrics. As he pleads “Lucy with the sundrenched hair / If you could tell me where you have been”, his daydream state is given greater poignancy by recognising the impact such a fleeting enounter can have.

Masterfully executed and touching in its lack of closure, "Lucy" successfully takes the sound of Sleepy Gaucho's debut and imbues it with something, well, more. Fingers crossed it won't take another lengthy stroll around East London before we get the rest of the album to check out.

Speaking about the track, Goitia explains: “I've always thought there is a certain beauty to a brief encounter, someone you might catch eyes with but will probably never see again. That's Lucy, wherever she is”.