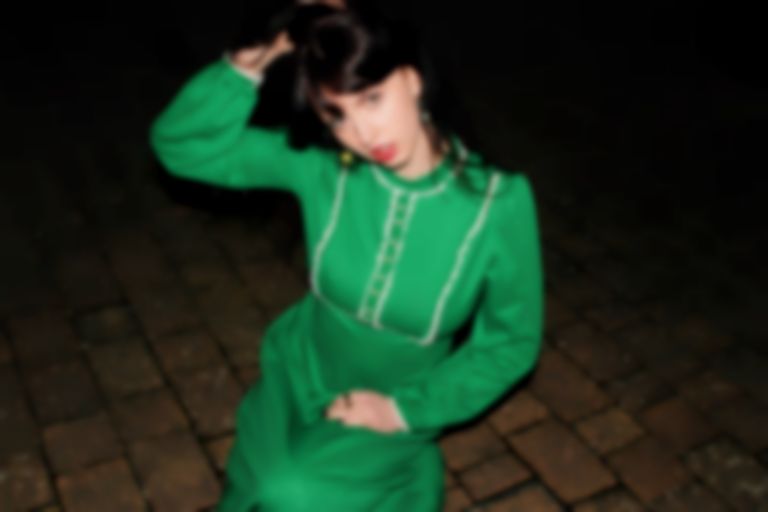 London singer-songwriter Rosie Alena is already carving out a space to call her own, bolstered by her signing to label untitled (recs). On “The Light” Alena blends spoken-word refrain with orchestral strings to showcase the singer’s elegant vocals.

With influences including Sufjan Stevens and Angel Olsen, Alena echoes a timeless, cinematic quality. Leading with acoustic guitar and movielike lyricism including, “We saw the light outside our window”, she has something of a Courtney Barnett-esque quality. Alena certainly has the chops to exist in a similar realm. On her 2019 debut single "Mixed Messages", she worked with members of black midi, whom she counts as friends. Beyond that, she’s been a stage fixture in London venues since her first show at the age of 14.

“The Light” is a stately song with a waltz-like refinement at times, accompanied by a suitably optimistic message to meet with its moments of whimsy, light cymbals, and delicate guitar. Alena’s voice jumps, soars and dives in a way that recalls the work of Feist or Caroline Polachek. Flourishing with the crucial final line “We saw the light outside", it’s enough to make anyone want to put on their headphones and take a sunlit stroll after months inside.

“In a time of personal darkness, I had taken solace in The Art of Happiness, a book by the Dalai Lama & Howard C. Cutler,” Alena says. “This is where my concept for 'The Light' stemmed from.”

The overarching meaning behind “The Light” is one that’s not lost on Alena, especially as she reflects on the time in which it was written (during her first year at university in 2018). “For me, the song acts as an affirmation: envisioning a more hopeful, happier and grounded self; seeing the light outside our windows both literally and metaphorically,” she shares.

Alena’s message is a powerful and positive one, and listeners now have the soundtrack to match.

“The Light” is out now on untitled (recs). Find Rosie Alena on Instagram.