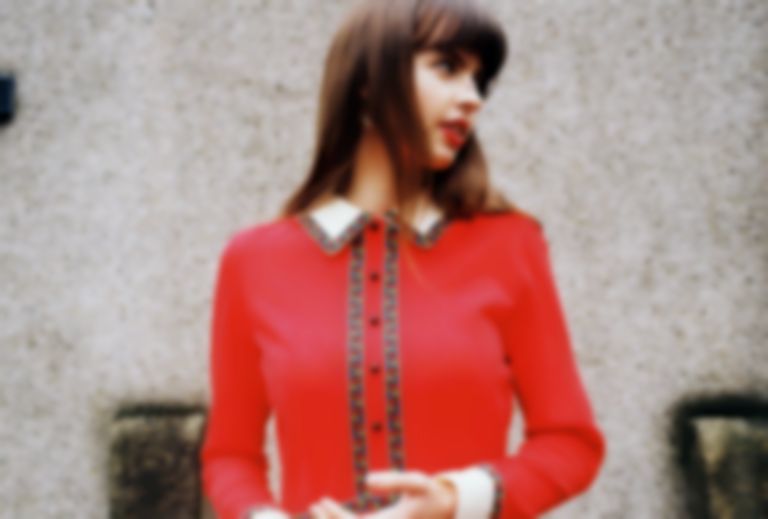 Featuring and produced by members of black midi along with Rosie Alena, "Mixed Messages" combines elements of folk and psychedelia with her alluring, velvety vocals.

The melancholic first outing of Rosie Alena is underpinned by deliciously scrunchy instrumental harmonies that wail underneath her guttural self-reflection on what it's like to be surrounded by the noise and chaos of the modern world.

Alena explains that the track “imitates a feeling of solitude in the extremely hectic city of London; a moment to myself trying to make sense of my thoughts and forgetting the outside world for a moment. The song comes to an end with what feels like an euphoric sense of freedom, but you can make of it what you wish.” Undeniably, the outro is perhaps the most poignant moment of the track, with the fading out of Alena’s mourn forging a real sense of existentialism.

A recent alumna of the prestigious BRIT School, Rosie Alena hails from the same exciting collective currently emerging from South London, including Olivia Dean and black midi, the latter of whom play a significant role on "Mixed Messages". Indeed, the track features Geordie Greep, Matt Kwasniewski-Kelvin and Morgan Simpson from black midi in a collaboration of sound which exudes the intensity, subtlety and experimentation which defines both artists. On bass is Finn Zeferino-Birchall, who has recorded with Olivia Dean.

Despite it being Rosie Alena's first official track, "Mixed Messages" is a depiction of an artist with an exceptionally distinctive sound and a clear conviction in its aesthetic direction. Having made a significant impact on the live scene of the capital, supporting the likes of Audiobooks and Grimm Grimm, and putting in a brilliant performance at Dials Festival last month, there is plenty to look out for from this promising young talent.