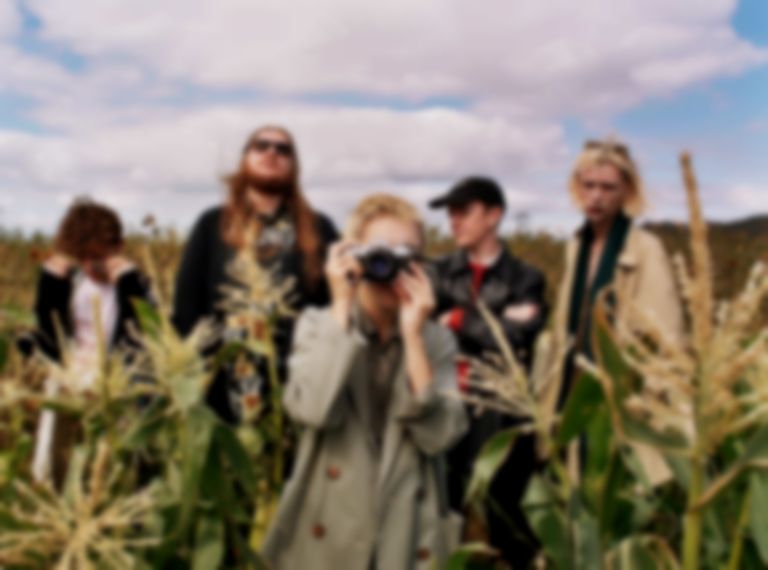 Faye Rogers has done it again and, unwittingly or not, stepped up the bar when it comes to what we can expect from bedroom pop’s most promising new contenders. Having released their debut EP in the summer, Rosehip Teahouse keep the momentum going and “I Meant What I Said” shows us that they have plenty more tricks up their sleeve.

Rosehip Teahouse’s newest effort is a gorgeously heartfelt affair, where Rogers lays their soul to bear with a direct honesty that will tug at the heartstrings whilst simultaneously make you want to get lost in the dreamy landscape that the band conjure up via spindling guitars and Rogers’ feathery vocals.

Rosehip Teahouse expertly explore the whole spectrum of the emotions on the heartbreak scale on a song that ultimately explores the end of a messy relationship; the part where you recognise that the romantic stint is in its final throes and the painful ending has become unavoidable, no matter how hard either of you don’t want it to come.

Rosehip Teahouse · I Meant What I Said

Rosehip Teahouse have long since racked up a reputation for their diaristic lyricism, and Rogers explains how this song once again comes directly from their own personal experience, saying: “I wrote ‘I Meant What I Said’ a couple of years back after a very messy relationship breakdown. I’m not very good at dealing with my own emotions, and so my response to difficult feelings is often to want to change my name, run away and start my life over in a new place.

“Obviously, I didn’t do this, but I did run away to Copenhagen with my friend for a few days. I wrote the lyrics whilst I was there, after a moment in the shower when the shampoo smelt JUST like the hair of the person I’d fallen out with and so I was flooded with all the memories and uncomfortable feelings about the situation again. It helped me to learn the hard way that you can’t run away from your problems, but it’s still fun to fantasise about sometimes.”

Rogers shares their hard life lesson through the enduring lyrics and as they wistfully belt out “I didn’t want to hurt you”, the opposing emotions of pain and love perfectly entwine against the twinkling guitars to mesmeric effect.

The track comes as the Cardiff-hailing quartet sign to Big Indie Records and warm up for the release of the anticipated second EP due for release later this year.

"I Meant What I Said" is out now. Find Rosehip Teahouse on Instagram.