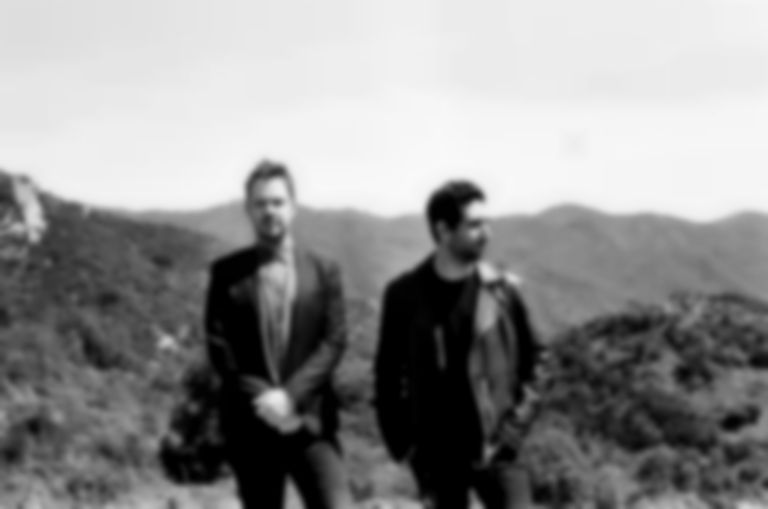 The synth-fuelled single leads with cinematic instrumentals, warping between twinkling pop melodies and a nostalgic dance beat that pulsates like a 70s synth-pop banger.

The vast array of synth setups project like laser beams while Mavrick's vocals push through the clouds with warm tones, colliding to create a cinematic trip back in time.

Speaking about their new single, Room8 say, ""West" is a song that we wrote about peace of mind and escape from things that don't make sense for us. Mavrick did a great job on the lead vocals, which were originally done with a vocoder. One of our favorite instruments, the Yamaha CP-80, is integral to the sound of the track. Its an electric grand piano built in the 70s and used on countless classic records from ABBA, Toto and many many more. The bass is also a key element on the track and was done with a Minimoog model D. Like all the songs on Transduction, no computer instruments or plugins were used in the making of this song. It was produced using real synths and old hardware reverbs, eqs, and compressors.”