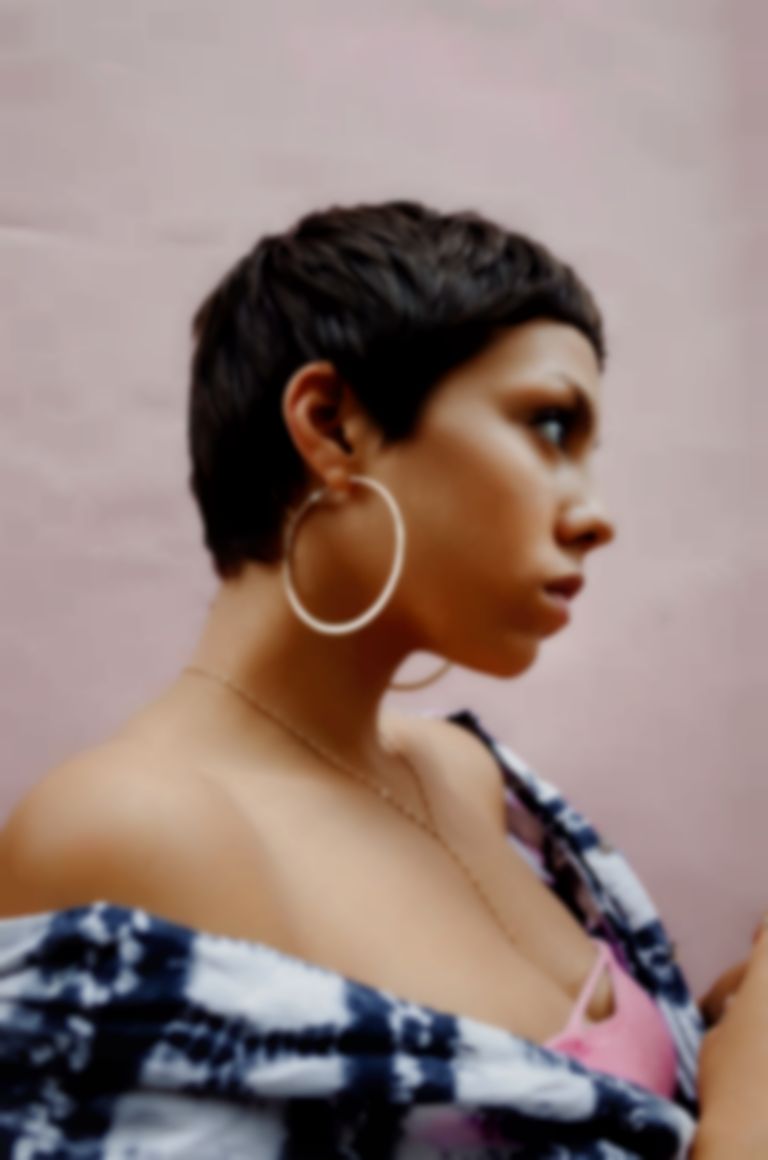 ‘Peace of Mind’ is the dreamy new track from Poppy Ajudha, the 21 year old singer and songwriter from South East London whose music washes over you like a breath of fresh air.

Of English, St.Lucian and Indian descent, Ajudha brings together an exotic mix of jazz, motown and soul influences into her music with songs that are always led by her velvet vocals. Having previously worked with the likes of Maxwell Owin and Sumochief, alongside official remixes from Tom Misch, Imagine Herbal Flows and Uffe her latest track marks her as a stand out act ready to pave the path to her own success.

“It's a love song but also about a kind of self-reflection,” she tells me. “I wrote it whilst trying to find my happiness in someone else when really I needed to work things out on my own.” On the surface, the song glimmers with summery overtones, but as her vocals soar and the melodies thicken, the sense of illumination and epiphany rises up. It’s a song that glows with ambition and hope.

It all seems to come incredibly naturally to the singer. Speaking of what the song-writing process involves for her, she explains “when it's for myself it's pretty natural… For me it's whatever I'm experiencing or going through at that time. As a teenager my songs have almost always been based on love but now I try to write about issues that are currently important to me. Obviously love still features but there are always more important things to talk about.”

There’s a maturity to her vocals that goes far beyond her years, echoing the likes of Billie Holiday, Nina Simone and Amy Winehouse, something that comes from what she grew up listening to. “None of my family is instrumentally musical”, Ajudha speaks of her upbringing, “but my dad used to own The Paradise Bar in Deptford where they'd have live music, jazz jams, roots reggae and rock steady nights everyday day of the week so I grew up listening to the best. I think throughout my life that's influenced my musical tastes and making.”

Growing up in South London also injected Ajudha with her incessant ambition and she cites her mother as her main inspiration, “If there’s one thing that my mum has taught me growing up in a council house in South London, it's that you have to work hard if you want to get anywhere, and I do and no one is going to hand it to me so there's no time to stop. She's always been a strong force in my life and I definitely get my strong will from her.”

Ajudha approaches every aspect of her music with this determination and an acute attention to detail, thinking above and beyond the remits of the standard song-writing structure as she proceeds “I have begun questioning the defining elements of femininity through song and I hope that I can at some point share these with my audience… How women give up themselves or mould themselves around men and patriarchal ideology. These topics have become really important to me and the more I learn about them, creating a framework for my thought processes, the more they'll materialise in my songs.”

In the coming months, Ajudha is preparing herself for releases with the likes of Ben Hayes as well as a special performance at this year’s Brainchild festival, held on 8th-10th July, which is a part of South London based arts community that she has become heavily involved in, “I became connected to Brainchild through Steez. Steez has always been an amazing community for musicians and many of us have come to know Brainchild through Steez events. I loved Brainchild festival last year and can't wait to play again this year; I'll be playing my own live set but also featuring on other artists and groups such as SE Dub Collective.”

The future looks bright for Poppy Ajudha and her refreshing take on modern jazz music, and she seems quietly optimistic, despite her level-headedness as she simply states “everything has led me to now and so I try to always be optimistic and take every opportunity put in my path.”