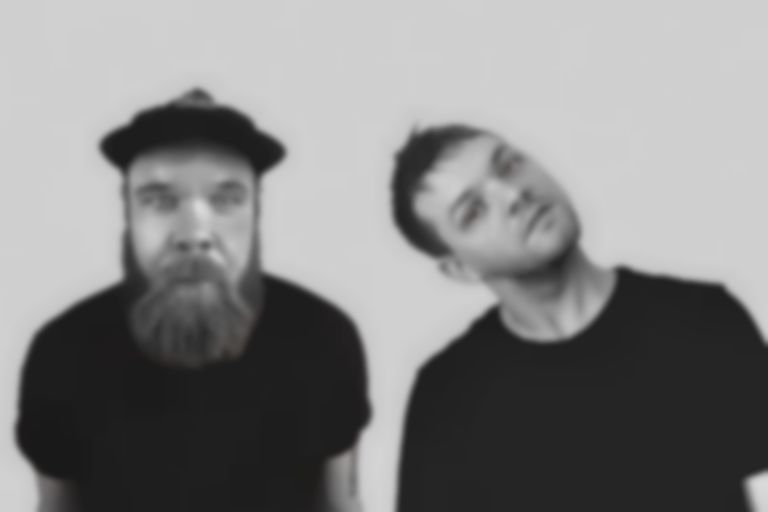 POOLS' debut release is built on a bed of guitar and banjo strings plucking gently over what sounds like a percussive guitar, tapping softly while singer Arvid Hällagård lays his soft vocals on the first verse.

The percussion begins to evolve in the first verse, adopting more of a hand-clap and cajón/percussive guitar style that elevates the Americana and folk roots of the track.

Hällagård's voice gains more soul as his volume increases, before unleashing his powerful vocals on the chorus, which rings similar to gospel-flecked outings from Jacob Banks while still maintaining a folky and raw delivery like The Tallest Man On Earth.

On the surface "Walk" is a folk song that tells a story of someone trying to move forward from a past love, but underneath the plucky strings lays a more haunting ballad that highlights the Swedish duo's adept ability to merge elements of Americana, folk and gospel to create a powerful and melancholic debut outing.

Hällagård says their new song is "a reflection of the emotions I’ve gone through and how I’m trying to move on. All the ache described in pictures and a cry for help. How you sometimes need something higher to hold your hand when it feels like your life is over."

POOLS' debut single "Walk" is out now. The duo's debut album You & Us is due for release next year via Something Beautiful. Follow POOLS on Instagram.