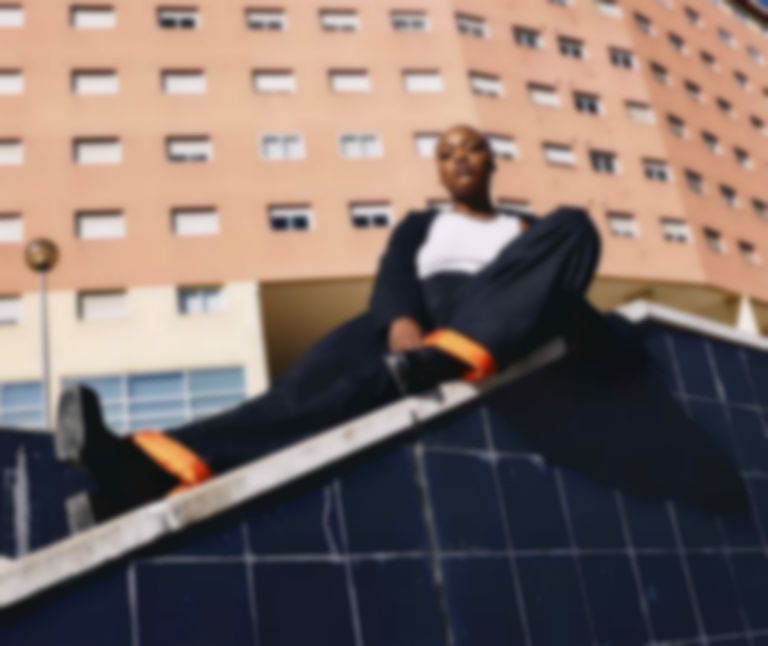 Moving away from the vibey darkness of “Quem Manda No Mic”, the bouncy, mambo-inspired “Canto” from Angolan-Portuguese rapper and singer Pongo is just the taste of summer we're all missing in a dreary January.

With Pongo fluidly switching between different languages against spirited Latin instrumentals, “Canto” and its dynamic visuals are a masterclass on drawing from different cultures to create something powerful and unique.

“Canto” is the latest track from Pongo’s upcoming EP Uwa, named after the word for “step” in the Angolan rapper’s native tongue, Kimbundo. Although her new track's lyrics are primarily delivered in Portunol, a blend of Portuguese and Spanish, in which she joyfully sings “I love music”, while the cabasa shaker playfully echoes her sentiment.

“This song describes the happiness I feel while making music,” says Pongo. “I’m trying to use Latin rhythms and their particular ambience. I love mixing and discovering.”

Filmed in one 16-hour shoot on the rooftops and coastline of her hometown of Lisbon, the visuals were directed by Parisian Felix Dol Maillot. “‘Canto’ is a track without boundaries,” he explains. “Across the track Pongo sings and raps seamlessly in different languages, telling us that music is everything in her life. I felt it was interesting to shoot in locations which aren’t easy to place geographically, with just Pongo front and centre, singing and dancing.”

“Canto” is out today and Uwa will be released 7 February via Caroline International. Find Pongo on Facebook.