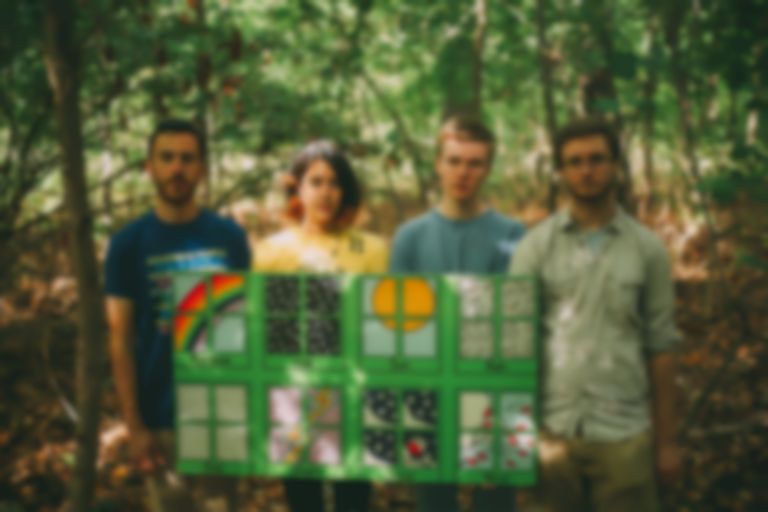 In the run up to the release of second album Cardinal, New Jersey quartet Pinegrove have shared "Cadmium".

"I was walking with my neck out..." Evan Stephens Hall echoes at the track's start. With the set up stripped back to vocals and guitar, the emotion is laid on the line for all to hear. Airing out feelings and frustrations, Pinegrove have become adept at creating a kind of catharsis​ we all crave.

As the vocals trail into silence mid-song, the track builds into a twanging, chiming, pleading anthem, desperately seeking some straightforward affirmation. From the stark admissions of the opening section, through the driving momentum of the song's second half, Pinegrove clear through the cobwebs and hammer straight home. They've found the confidence to say what they feel. Now it's your turn.

"The song’s a lot about correspondence and communication," Evan told The FADER. "There’s a book called I Send You This Cadmium Red by John Berger and John Christie that collects the letters the two Johns sent to one another. The first letter sent was just a square of that color. I was writing a lot of letters with my friend out west at the time, and we liked the idea. We started sending colors and art sometimes and found it to be a different and good (and sometimes more direct) way to say what we were feeling."

Cardinal is released via Run For Cover Records on 12 February.