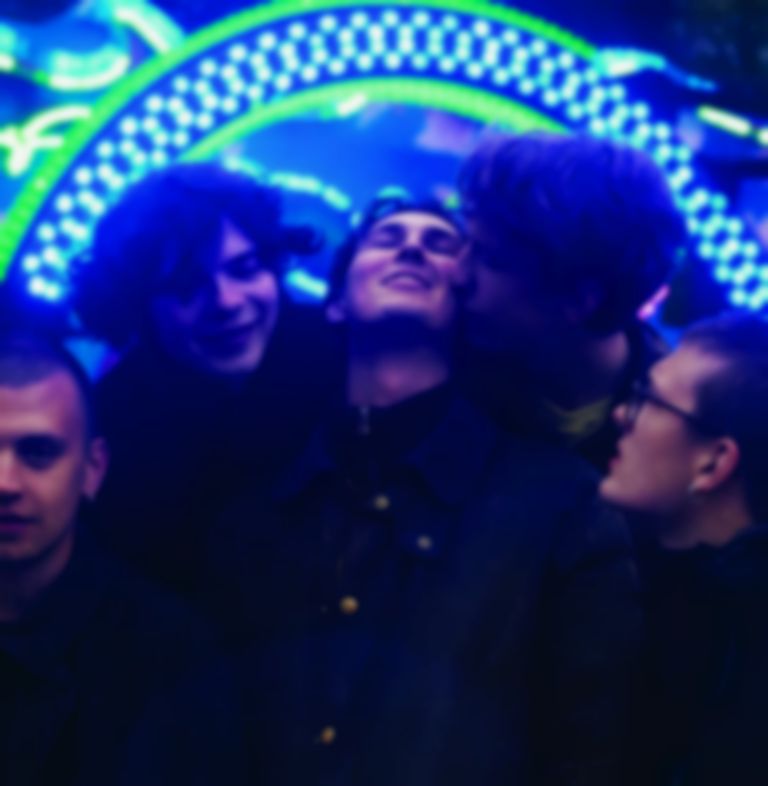 The (in)famous Mayhem collective of Copenhagen which spawned Iceage, Marching Church and Lower has a new star in the making in the shape of the brilliant Pardans.

Over loose basslines, screeching brass and clattering drums, singer Bernsten shouts, chants and croons sleazy, captivating epithets about life and all its dirty depths. As much CBGBs as it is Cafe Oto or a night out in pre-war Paris, "(Hookers with) Hidden Depths" is a thrilling introduction to Pardans and builds anticipation for the Danes' debut album Spit and Image due on 5 October.

"“I think it contains some quite dramatic characters, some in and out of love, some of privilege, lacking integrity, some on the edge of moral decline appearing as depraved monsters overwhelmed by debauchery; some insecure about their skin, some learning about intimacy and trust, to love and respect by the guiding hand of a patient partner," says Berntsen of the album. "Some are frustrated with the current state of our world making sail for a better place, leaving their peers behind. They hold their breath collectively, while some dance with rapture.”

"(Hookers with) Hidden Depths" is out via Tambourhinoceros.