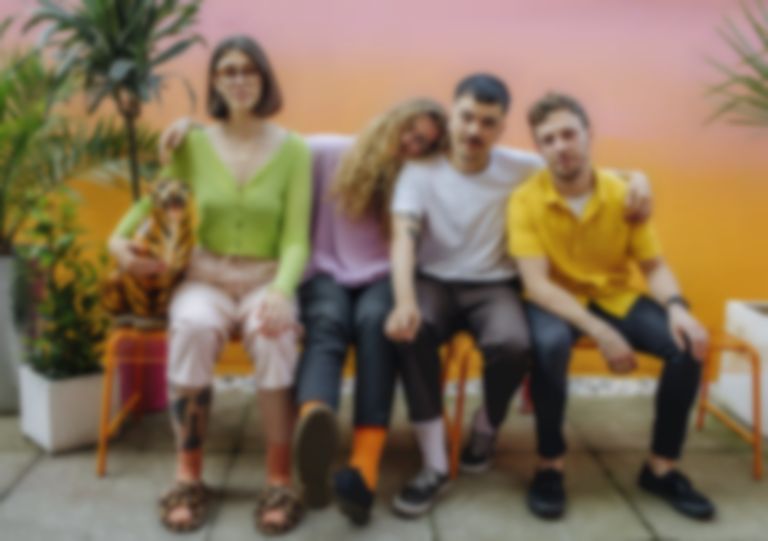 With melodies packing as much of a punch as they do lure you into their sweet DNA, Orchards’ latest cut “Sooner” gloriously builds on everything before it.

Following the release of AA-side “Young/Mature Me” earlier in the year, “Sooner” - for all intents and purposes - is a retrospective of Orchards’ adventures. It is the band looking back at experiencing, pushing themselves into new territories with a twinkle-in the-eye fondness and knowing that life is being lived in all its bittersweet symphony.

Sticking true to their darting, math-laden roots, it is the tropical, shimmering melody that glistens above all else. With it comes the firm feeling of being sat on a beach, soaking in the sun, with the wind whipping against you.

Ebbing and flowing between stuttering verses and euphoric choruses, all roads lead to the refrained bridge of "You should have loved me sooner". It is here that Orchards switch into top gear and pack in the emotion that comes along with those retrospective moments, like looking back on an unexpectedly romantic evening that plays over and over, as the feeling washes over you with the warmth of that final goodbye hug.

"To us, ‘Sooner’ is so much more than a single,” the band say of the song. “This last year has been magical! It's taken us all over the world, playing shows of all shapes and sizes and this song is a celebration of what we have achieved and how we've grown. Not only as a band but as friends."

"Sooner" is now available via Big Scary Monsters. Follow Orchards on Facebook. The band have announced a UK and European tour and will perform at London's Omeara on 8 April.