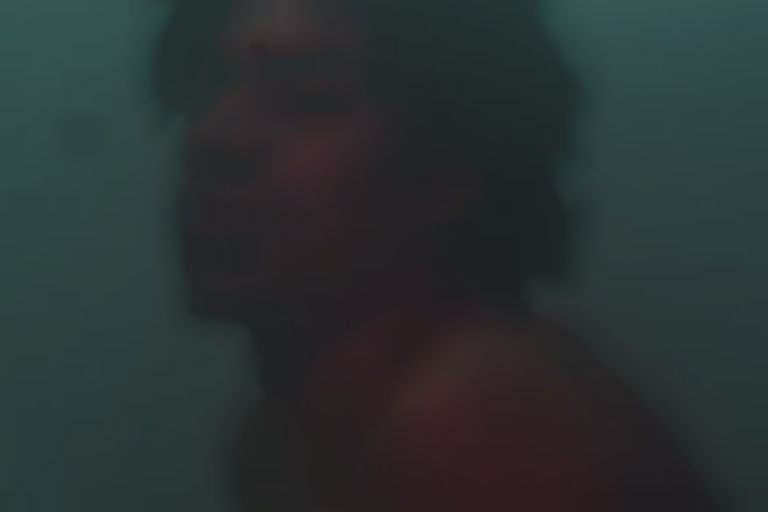 Launching himself into the trip-hop stratosphere, “River” is the debut single from Swiss-Angolan singer, rapper, producer, and multi-instrumentalists North Naim – the first in a new project since retiring from his Zola moniker.

North Naim first discovered his interest in music when growing up, he was introduced to the African djembe drum. On his eighth birthday, he was gifted a guitar and never let it go since. Writing his own material, he admits, became part of his growing process in his early teens and offered him an outlet to reflect and digest the world around him.

While growing up in the Swiss town of Basel, North Naim found himself drawn to the counterculture movement in the city, forming a creative collective with friends which became known as ‘La Main’. At nineteen, he began releasing his work under the Zola name and his songs were quickly transported worldwide. His work’s lo-fi hip-hop instrumentation, combined with his hard-cutting lyrics, earned him victory in Switzerland’s M4Music Demotape Clinic competition, judged by a major label and independent music industry professionals.

His influences are broad, though he predominately credits alternative black artists as the inspiration behind his melancholic and energetic force. “Being themselves from culture to gender, it’s not an easy place at all, but such an important force in this world,” he shares.

“The sound seems more mature than my previous work,” North Naim tells Best Fit of the decision to reintroduce himself. “My ideals, dreams and goals are better aligned with the music. It’s still closely related though, especially to my first work solar. In the end, it's just names that would undermine the complexity of creating music. The whole approach is more acoustic. It’s a lot of fun for me to learn instruments and work on my vocals.”

The project’s first release, “River”, is a beautiful reflection on life as a boundless venture; encapsulated gorgeously in harmony-driven trip-hop instrumentation. “It‘s the one [track] that stuck with me over the course of a longer period and just is a very special song to me,” Naim notes of the selection of “River” as his debut single. “I like how it never really gets old to me. This doesn’t happen a lot, so I think it’s the perfect way to start this new project.”

“At the time I wrote “River”, I had no studio or place to record,” he adds. “So I was just playing songs on my guitar. Later I refined and produced it on my laptop before giving it the final touches with Tender Games in Berlin.”

The track also marks North Naim’s first release under Friends of The New and the curation platform Majestic Casual. “They created a positive platform with the new label. shifting narratives between live and electronic music,” he says of the signing. “It was the overall vibe I got from their vision.”

"River" is out now. Find North Naim on Instagram.