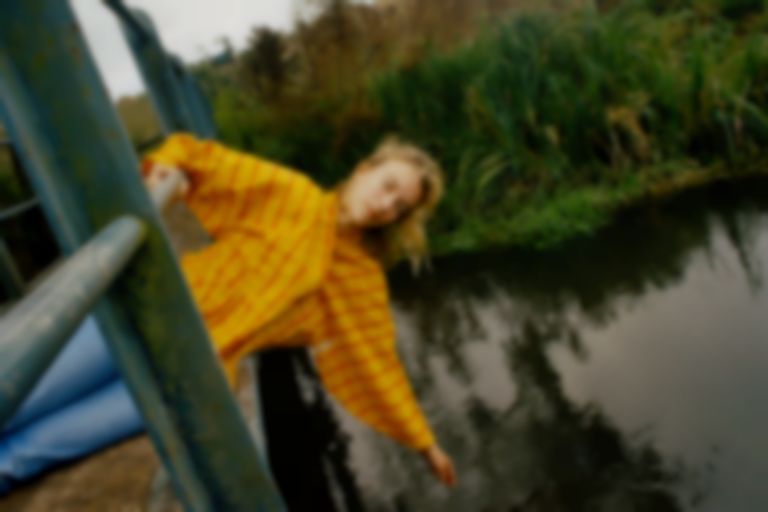 Though she’s known to the world as the brains behind South London band Goat Girl (as a founding member), Naima Bock’s childhood was spent across the globe. Born to a Greek/English mother and a Brazilian father, her formative years were spent in Sao Paulo, Brazil where she was exposed to a diverse range of flavours, sounds, and sites.

Her eclectic taste only grew upon moving to London at the age of seven. Swapping long drives and beach trips, soundtracked by the likes of Baden Powell, Chico Buarque, Geraldo Vandre, and Cartola, for shows at The Windmill in Brixton, she soon channelled her rich sonic background into music of her own.

At the age of 15, Goat Girl had formed – where Bock played bass for six years before leaving the band in 2019. Now, she steps out solo with a change of musical direction in “30 Degrees”. Realigning her focus as an artist, the track recalls the breezy, sing-song suavity that her former group are known for, with a dark, murmured vocal.

"This song came out of the adolescent duality of fear and freedom and deals primarily with goodbyes,” she shares. “The small ones, which feel so big, ‘some final word’ (goodbye to a long-term friendship) and the big ones, ‘the final sigh’ which can feel so small amidst the clutter of surviving day-to-day."

"30 Degrees" is out now via Sub Pop. Naima Bock plays The Line of Best Fit's Five Day Forecast on 17 January, tickets are available via Dice. Find Naima Bock on Instagram.