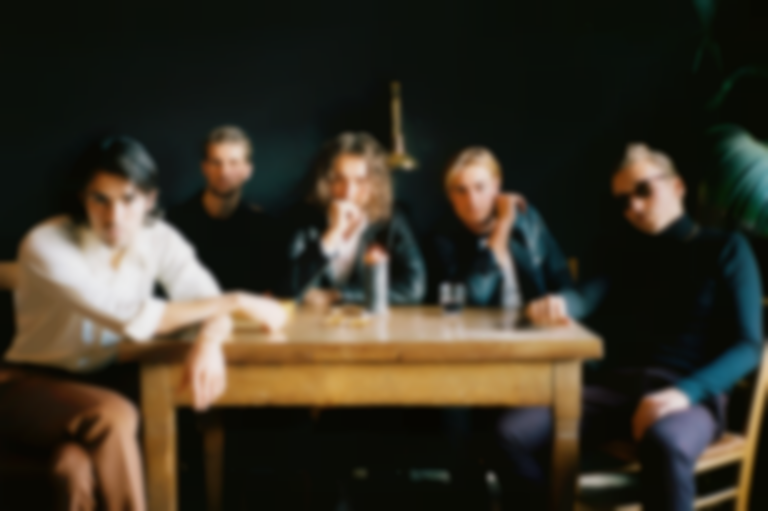 Moon Tapes' newest offering is a yawning, yearning experiment that veers into brand new territory for the Netherlands-based outfit.

"Tonight I'll Write the Saddest Lines" sees Moon Tapes turn their sunny-side-up sound inside out, pointing their shoegaze-y musings in an altogether more melancholy direction. The new track has a galling beauty to it that draws inspiration from Serge Gainsbourg and vintage European film soundtracks. There's whispers of Alex Turner as his most vulnerable in those echoing guitar lines and unselfconscious clarity of narrative.

The newly signed Amsterdam five-piece are set to release their debut album Speculation – from which "Tonight..." is lifted – early this year.

"Tonight I'll Write The Saddest Lines" is out now via Mink Records.