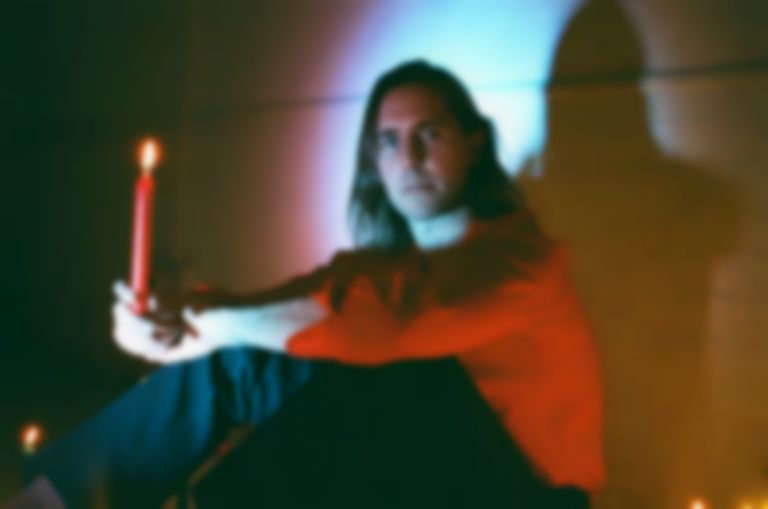 MF Tomlinson's latest single, the aptly titled “Strange Time”, converts the seemingly interminable nature of lockdown in all its tiered forms, associated frustrations, and personal sacrifices, into an opportunity to reflect, reassess, and create.

London-via-Brisbane singer-songwriter Michael Tomlinson, aka MF Tomlinson, has plied a certain indefinable approach since emerging with “Nature Boy” last year, an elasticity that would be mirrored on recent EP Last Days of Rome.

The title-track from his debut album, released next year, finds the Australian artist serving slow-burning traction tied to light acoustic brushes, subtle keys and smouldering sax interludes; an interplay that proves therapeutic, despite elevating rather than masking its dispiriting subject.

Tomlinson confronts the hum drum with ennui, rather than sugar-coated escapism - an unflinching candour that Tomas Jefanovas’ video visualises in presenting a mundane, isolated existence lost in the tedium of everyday monotony, corroded with portals into virtual noise.

“'Strange Time' is the phrase that you can’t escape these days - it’ll come up in almost every conversation you have,” Tomlinson outlines. “It’s a purely autobiographical song, in a world so bizarre that it almost feels like writing in character.”

Reflecting on how circumstances informed his creative stance, he says, “I was driven, almost to an unhealthy extent, to get this song out. As things shut down I felt I was sinking into a sleepy, anxious, twilight world that these languorous chords seemed to capture. I just had to find the right words.”

"Strange Time" is out now. Find MF Tomlinson on Instagram.