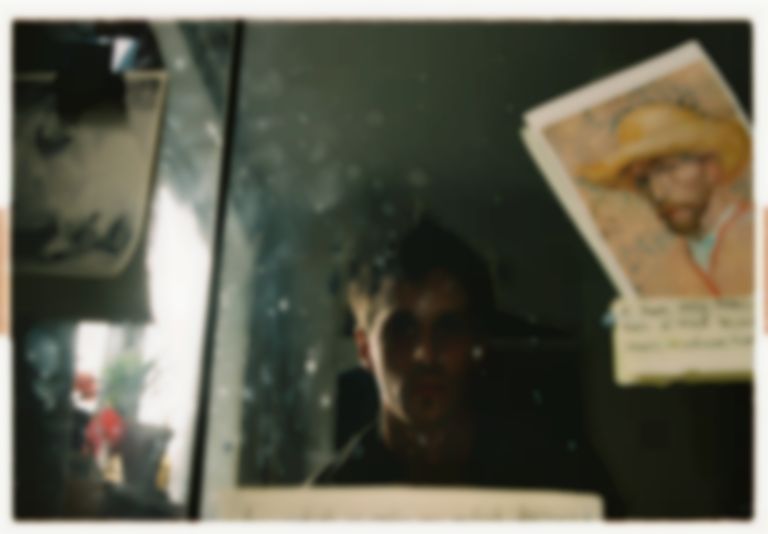 Mellah, real name Liam Ramsden, recorded the short-player in his studio with co-producer Oli Barton-Wood. As well as a singer, songwriter, multi-instrumentalist, and producer, Ramsden is a talented carpenter who's worked on various film sets and in a number of studios and venues.

"Round" is a loose, lo-fi gem with upbeat coos and bright guitars that bely the darkness rooted at the core of the song. The track was inspired by a meeting with former British Army soldier, and looks deep inside the human psyche.

"The song is an attack on the entrenchment of war in the everyday," Ramsden explains. "Considering how a person can be broken down and rebuilt to fervently believe murder is not murder if it's institutionalised."

Although "Round" is the first official track from the EP, "Old Friend" has already seen the light of day as part of Charlie Brooker's dystopian Netflix series Black Mirror.

Mellah is set to play Peckham's Montague Arms on 16 May.

The Liminality EP is out 12 May via Lucky Number.