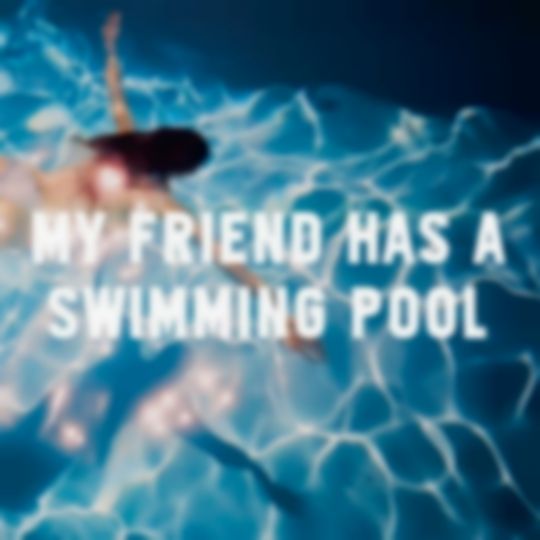 Mausi have always been a band that excel in putting on brilliant live shows. No matter where they are, be that in a regular old pub or a field in the middle of the countryside, they manage to turn the place into one big pool party despite these hypothetical venues having no pool at all (but they definitely should do). One of the staples of their live set, and one of the most infectious tunes in their repertoire, is “My Friend Has A Swimming Pool” and now they’re finally releasing it to the public.

Opening line “When the sun starts sinking/we’ve already been drinking” sums up Mausi nicely. They’re all about good times and probably lots of drinking; emissaries for sun soaked hedonism. “My Friend Has A Swimming Pool” is pretty much the perfect song to soundtrack those long days of summer. Its title says everything (mainly that Mausi have cooler friends than us because our mate only has a paddling pool in their backyard that has a puncture, whereas they have a mate with a proper pool and everything) but also that this is a song for those sun-drenched, lazy days.

The shimmery synths and infectious beat are drenched in sunshine-induced euphoria and the good vibes that Mausi are all about. It bubbles, bounces and implores you to get on your feet and dance until your legs feel like jelly. We don’t want to say it’s the Song of the Summer just yet, but it’s probably the Song of the Summer.

The single is released on 6 July (pre-order here) via Relentless Records/Sony.