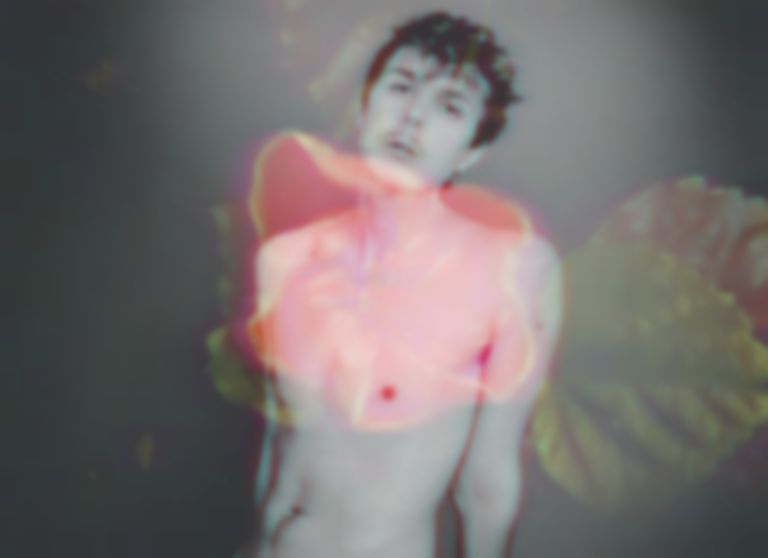 A cursory listen instantly confirms that Luminous Kid (aka photographer Olof Grind) has once again produced a beautifully crafted meditational ode centred around love and intimacy. Dig a little deeper and you’ll find that “Velvet Meadow” is much more than that.

Despite huge leaps made in society, it’s seldom that someone quite so openly talks about something so often kept clandestine: “I went down on my knees / So I could bring him some peace... I had him deep in my throat / As he screamed out of joy,” he sings. It shouldn’t be brave, with passionate sex being one of the most natural things in the world – but it's so rarely spoken about in song outside of heterosexual relationships.

Inspired by his travels through South America, Luminous Kid says, "I went up to a statue of Holy Mary overlooking the mountain village to write songs every morning, and found this cute soft melody and picking pattern and started to improvise lyrics to it. I wrote the song in an hour and giggled throughout the process from the contrast of the sweet melody to the graphic nature of the lyrics. Halfway through the writing process a Colombian lady came up to me asking if I was singing songs about Jesus, to which I replied 'Si, señora.'”

“The sound of crickets present throughout the song was recorded at the spot where it was written, I wanted to perpetuate the atmosphere and energy from this magic spot and bring it with me into the track," he says.

He could've been more lyrically elusive in an attempt to be more palatable or prudish; but having spoken previously about the importance of role models and queer experience existing in popular culture, he hasn't shied away from anything, resulting in something far more cogent and compelling.

"Velvet Meadow" is out now and his album At the End of the Dream is set to release on 12 February, alongside a coffee table book of his photography. Find Luminous Kid on Instagram.