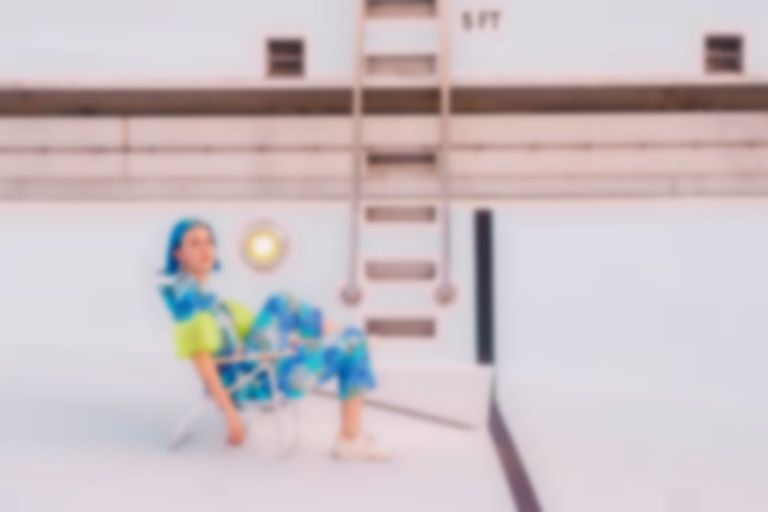 Tenets of self love, undetermined hankering and knotty romance ride on an astral wave of LA drenched synth pop on Love You Later's “Said That You'd Be There”.

Love You Later, the moniker of Nashville’s Lexi Aviles, who has since decamped to LA, is a self confessed hopeless romantic and boy, does it show. Picture the scene: you invite your crush to your gig and he doesn’t show. Regrettably, that’s the concept from which “Said That You’d Be There” stems.

“‘Said That You’d Be There’ was written after an instance when I got led on and let down,” explains Aviles. “I’m notorious for getting my hopes up, especially when it’s a boy that says he’ll be at my show on ‘Friday' and never showed. I always wanted that Freaky Friday moment where my crush comes to my show, front row, we make eye contact the entire time, and it feels like it’s only us two in the room. That’s just my hopeless romantic speaking loudly, but it sounded pretty promising to me.”

Disarming vocals come together with plush synths and an infectious crescendo to bring a dewy-eyed sense of hopefulness, in what soon becomes a big f*ck you to Mr No Show. Yes, she spent longer on her hair, but we’re certainly left with a sense that it won’t go to waste.

A feel-good (despite the gloomy circumstances) track that needs to find its way in to a romcom or a high school prom scene pretty promptly.

“Said That You’d Be There” is out now. Find Love You Later on Instagram.