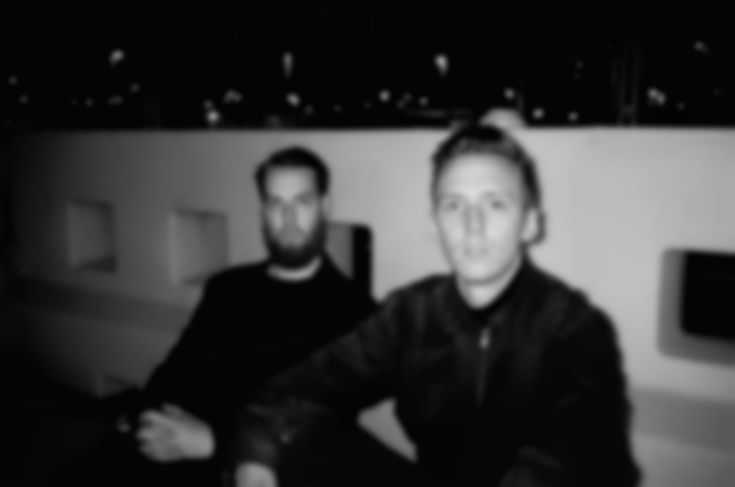 My dad’s two younger brothers used to be in a duo. They performed under the moniker of Wops – they were of course quite the humorous pair of Italian brothers – and recorded between the 80s and 90s demos of smooth, yacht-esque R’n’B in their own little bedrooms, in the depths of the flourishing and fruitful outskirts of Rome.

Why I would be sharing details of my own personal life when I should be writing about the soulful duo Honne might seem to be confusing. But upon listening to their latest track “All In The Value”, which premieres here on Best Fit, I was overwhelmed by the memories of me listening to my uncles’ demos as a kid, tucked in amongst the stacks of cassettes that filled their rooms.

Crackling radio intro aside, wheezing keyboards and a placid backing track start off the duo’s number, a softened, mellow affair, with starry-eyed exoticness conveyed by the musically accented chorus of glitzing bass and guitar. “All In The Value” pours in the track’s husky vocals Frank Ocean’s laid back and luxurious strain of R’n’B, bringing it together with the pompous glamour of yacht rock, which is closely reprised by a crisp, serenading guitar solo.

Honne’s audacious and nostalgia trip-inducing new single is out on Super Recordings on November 24. Make sure to catch the duo’s live debut at Sebright Arms on the same night.