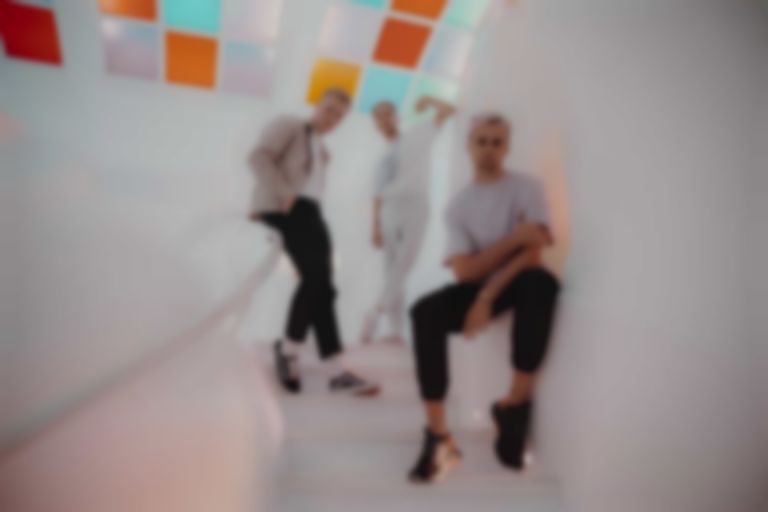 Scottish outfit Liimo release their sixth single, and first for 2020, “Thinking About It”.

After a stellar run of alt-pop tracks last year, including the superb “Get Weird” featuring Lizzy Land, Liimo's new addition is strident and airy. The trio have demonstrated a strong ability for writing memorable pop hooks with a millennial-minded tone to their observations on modern relationships.

Released through B-Unique records, “Thinking About It” is the band’s first new music of the year and is sure to appease their growing listenership. They’ll be shortly heading off around the UK in support of the Mowglis to test drive new material. The band’s sunny tones contrast the bleak winter weather in a jubilant way, drawing comparisons to the indie elite including Friendly Fires and Fickle Friends.

"There are moments when living in a big city can be quite isolating and it can feel like you’d rather be anywhere else,” say Liimo. “I’m pretty sure everyone has felt like that at some point. Especially when it feels like you’ve been chasing the same dreams, going after the same highs for a long time with not a lot to show for it, like all you’re really doing is trying to stay resilient and keep your head above water.

“That’s where ‘Thinking About It’ comes from to be honest, those times when it feels as though the lights don’t shine as bright anymore and you’re tempted to pick up and leave, and maybe find a little slice of your own paradise someplace new. We wanted to put an up-beat spin on the subject and show a different side to Liimo, so it isn’t all doom and gloom... just a little. We’ve got a lot more tracks to bring out this year and ‘Thinking About It’ is just the start."

“Thinking About It” is out now via B-Unique Records. Find Liimo on Facebook.