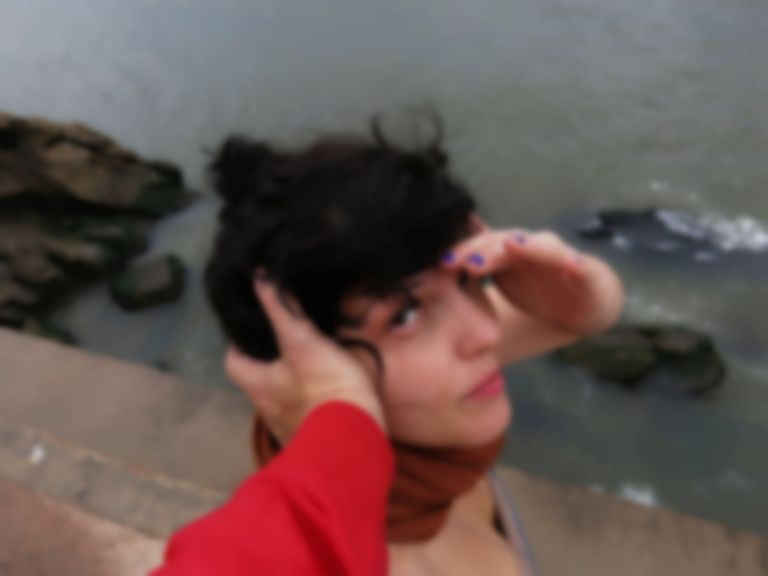 L.A.Foster's sensual pop/R&B is flush with tinges of the local beats and rhythms she encountered splitting her time between Montreal and Buenos Airies for over a decade - as a performer, DJ and radio host.

Soaking up the spirit of cumbia and reggaeton - and infusing it with the sounds of the Montreal scenes that raised her - led to the self-released debut EP Saudade, produced by Young Galaxy's Stephen Ramsey.

She returns this week with a clip for one of Saudade's tracks, "495". It's a "song for the underdogs," she tells us, "[and] an anthem to remember that the stresses of our lives are mostly constructed from made up necessities. A little positivity can go a long way and as always...'if you're feeling fucked up, you can call on me'."

The VHS-shot video for "495" was was mixed with YouTube-sourced party clips from the late Nelson Sullivan. The American videographer was ubiquitous on the New York City downtown art and club scene during the 1980s and director Tyler Reekie mixed the two sources of video together using a Max/MSP-patch. Reekie and Foster's relationship goes back to partying together in Montreal circa-2006. "He was in film school and I was studying everything and anything," she tells us. "[It] seems suiting we made a party-kid video."

The well-travelled Edmonton-born Foster returned to Central and South America again this year, composing new music and playing shows to audiences in Argentina, Chile and Mexico. Up next are collaborative projects with Brother May and TONE.

L.A.Foster plays the #NRMLfriends showcase with Holy Wave and friends at La Moderna in Xalapa, Mexico, on 25 March.