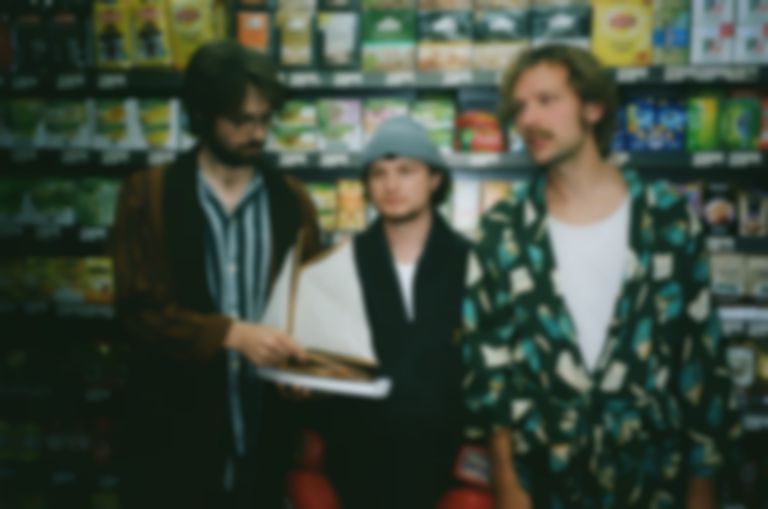 For a song clocking in at just over two minutes and 30 seconds, King Casio’s “BBBC" manages to say a lot without losing any of its dreamy charm. With vocals that weave in and out of focus and bold melodies defining the track, “BBBC" feels like a collection of disparate thoughts and feelings.

Almost as if taken from the handbook of psychedelic songwriting, King Casio marries charming production with lyrics of social conscience. “[‘BBBC' is] like a mix of a lot of conversations we’ve had as a band,” notes lead vocalist Aaron King, who is joined by former Francobollo members Sean Bean and Pettee Grevelius. "I think the song is a celebration of the ocean and Harry Nillson, but also our worry about climate change".

With the pandemic putting a halt to their abundance of plans, King Casio have had to adapt. Nonetheless, their social conscience and unique take on folk, psychedelia and pop shines through, indicating the steadfast direction this band are taking. Their biggest moment to date was supporting L.A. Salami at Scala in November of last year, who was on hand to support their new video.

"Following the show we asked if he might be interested in shooting a video for our new single, since we knew he directs most of his own and they have a great self made feel to them,” King continues. "It was all supposed to be secretly filmed at the National Portrait Gallery but alas - what with the pandemic mess it seems there were other plans in store for us. Filmed during those strange few days before lockdown came into force, this is what took shape”.