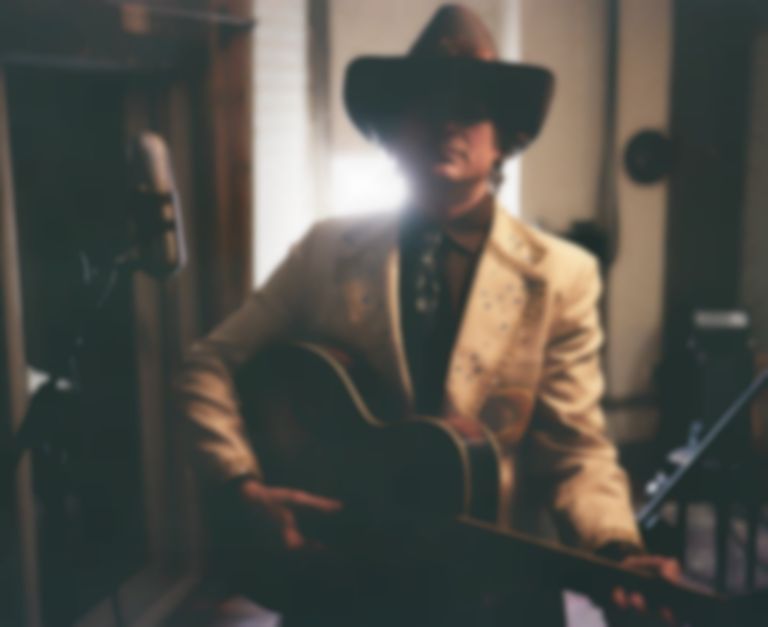 Despite a discography that dates back to 1997, Washington state native Karl Blau still remains relatively unknown outside of indie circles.

His eccentric blend of lo-fi sketches have so far carved out a career that spans two decades, forty records and countless collaborations (Phil Elvrum of The Microphones and Mount Eerie, Earth and Laura Veirs - to name just a handful). For a songwriter of such great proficiency, it may come as a suprise to many that he's chosen to record an album made up entirely of cover versions, but this is a country record. A modern day country record that embraces old traditions of seperating the artist from the songwriter - the art of interpretation and appreciation for genuine songcraft.

Produced by Tucker Martine, the son of a Nashville songwriter whose credits include My Morning Jacket and The Decemberists, Introducing Karl Blau is a crate-digger’s feast of forgotten hits and deep cuts, most of them from the Nashville country-soul renaissance that took place between the late 1960s and early 70s.

Martine first discovered Blau's talents years ago through friend and colloborator Laura Veirs, and recalls: "I was transfixed by Karl’s voice and completely absorbed by the world of sound he had created. I felt like I had been shown one of the great hidden treasures of music.” Some years later, Martine recorded an instrumental version of “That’s How I Got to Memphis,” the 1969 Tom T. Hall classic. Blau, whom Tucker had come to know in sessions with Veirs, asked if he could try singing it. “By now I knew what a special artist Karl was but I had no idea what a powerful interpreter of songs he was," Martine says. The collaboration, pairing Karl’s deeply sonorous voice with Martine’s warm, modern arrangements, recast the Nashville hit in a new light. “He was able to communicate the essence of the song in such a moving way that we started dreaming of making a whole record based around our excitement for that collaboration.” The result was the single (released under the alias Mount Analog in 2008) and, now, eight years later - Introducing Karl Blau.

The first official single from Introducing is an interpretation of Link Wray's 1971 classic "Fallin' Rain". Taking the forlorn tale of the original, Blau and Martine sprinkle a cinematic sheen over proceedings. The dark, downtrodden lyrics that tell the tale of an America transfixed with war ("the whole world has gone insane") are offered a new sense of lightness and hope with Blau's sympathetic, thoughtful baritone. But it's when he repeatedely delivers the titular line "all that is left is the fallin' rain" that you're met headfirst with the sheer greatness of the song. It hits you in the jugular: just like a classic country tune should. Almost clocking in at ten minutes, the results are mesmerising and usher this oft forgotten DIY-icon in as one of 2016's most brilliantly assured and exciting prospects - ironically 20 years into his career.

“I feel like I am starring in this country-western movie, written and produced by Tucker, and it tells a story,” says Blau of this collection. A sense of emergence from the shadows of loss, loneliness, infidelity, and melancholy running throughout the album's ten tracks. “There is a narrative running through every song - my character is moving through this dark place, but there is always this light of hope.”

Featuring performances from Jim James (My Morning Jacket), Laura Veirs, Jon Hyde, Eli Moore (Lake) and Steve Moore (Earth, SunnO)))) over classic songs from Townes Van Zandt ("If I Needed You"), Waylon Jennings ("Six White Horses") the Bee Gees ("To Love Somebody"), Don Gibson ("Woman [Sensuous Woman]"), Tom Rush ("No Regrets") and the aforementioned Tom T. Hall and Link Wray standards, Introducing has the potential to be one of the most memorable records of the last few years.

Karl Blau and his band will headline The Lexington, London on September 6. Proudly presented by The Line Of Best Fit. Tickets are on sale now.