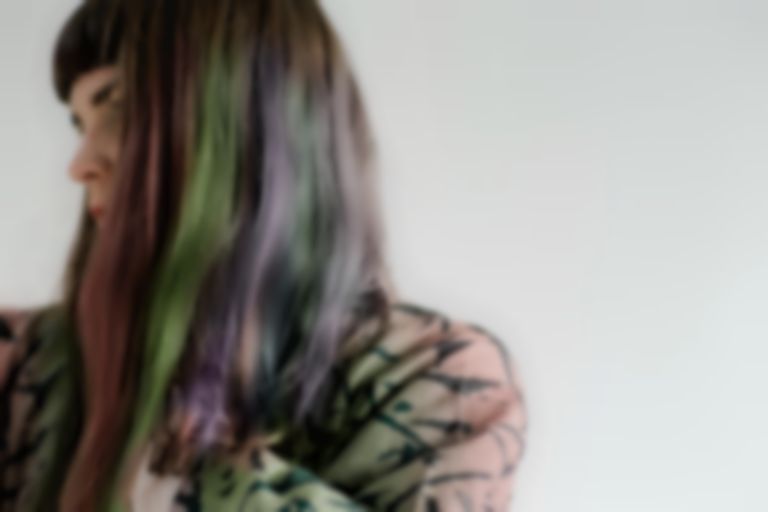 Following on from her first official UK album last year, Stockholm's Jennie Abrahamson is back with a brand new single in the shape of the understated, epic "Bloodlines"

Slowly unfolding over five minutes, "Bloodlines" is all spartan percussion and gentle throbs of synth in the verses before turning technicolour and softy anthemic in the chorus. Abrahamson's voice sparkles as she sings of being lost in a relationship, searching for that connection which brought her and the other person together in the first place. It's there in the bloodlines, and when the glorious chorus hits Abrahamson pleads for her other half to see what she sees.

We spoke to the Swede to find out what's been happening since Gemini Gemini and what can we expect in 2017.

Who or what influences your music?

Life, generally. Perhaps a bit of a boring answer, but life is really interesting. Different phases in life bring different subjects, thoughts and questions to the surface. And different phases in life brings different music, knowledge, art, people to meet and be influenced by. And I read a lot. Books, newspapers. I know it's not allowed to do "dog ears" in books, but I do them all the time. If there's something I find particularly inspiring or interesting I make a dog ear from the bottom of the page. And then when I'm in a writing period I go back through books I've recently read and look at that - usually what captured me the first time kinda just pops out from the page again and can make an interesting start to a new song.

You've played as part of Peter, Bjorn and John's band, and Peter Gabriel's...so has doing this provided you with any tips or lessons on how to survive as a musician?

I started out super early - like teenager super early - in a pop band, but after I quit that band after two records I started playing and touring with other people to kind of make a living and try to decide what I wanted to do next. I've been very fortunate to mostly play with people and music that I really like. Every touring job I've had has taught me different things about who and how I want to be (or not be) as an artist and as a person. It really is a privilege to share the stage with people who are great at what they do, and just suck all of it in. I definitely feel that is what has taught me most about being on stage, or surviving as an artist and musician. The privilege to be around people who know the struggle, and the fun. Plus I get to push all kinds of boundaries on stage and play all sort of instruments, but I don't have to be "editor in chief", so to speak, or have any other responsibility than just doing the best I can. It's nice sometimes to just be as great of an asset as you can in someone else's musical universe. Greatest lesson, if I shall summarize, is p e r s i s t a n c e. That's what gets you places.

You're releasing a new album next year, so is it exciting to get back into this whole process?

This upcoming album is the second album I'm releasing in the UK (Best Fit actually premiered my previous Gemini Gemini back in early 2015), but I remember from last year that it's kind of a fresh and fun feeling to take on a new country. Since I started out with my own record label, the release territory has expanded for every album I've made, so I'm kind of used to having to define myself to new markets and new people all the time. Sometimes it's tiring, of course, but mostly I just think it keeps me on top of my game.

What can we expect from the new album? Will the album sound similar to the single?

Yeah, in a way I think "Bloodlines" is a sort of mirror back to the album. I've written quite a slow paced album, with long songs. That's not at all what I intended when I started out the writing and preproduction process, I had this idea of keeping up with the game of today; write a hit that's both a bit smart but easily chewed, release a couple of EP's, you know... get away from the "old" album format. But I had a really stressy period in life, had been touring and working so much and was just really really tired. The first month, I just went to the studio everyday with the intention to work but ended up sleeping. When I finally started writing, what came out was not efficient hits, but rather slow stories. Some sort of healing. I came to accept that "this is where I am now, this is what I need to do to create something genuine". "Bloodlines" was actually the very first track written for the album - once I got to it, this song took less than 30 minutes to write down and record. And then for the recording process I brought in my touring band, and we did everything live in the studio together. It was so much fun to have them in the process, and I think the album is really held together by a band sound. The full album will be out January 20th.