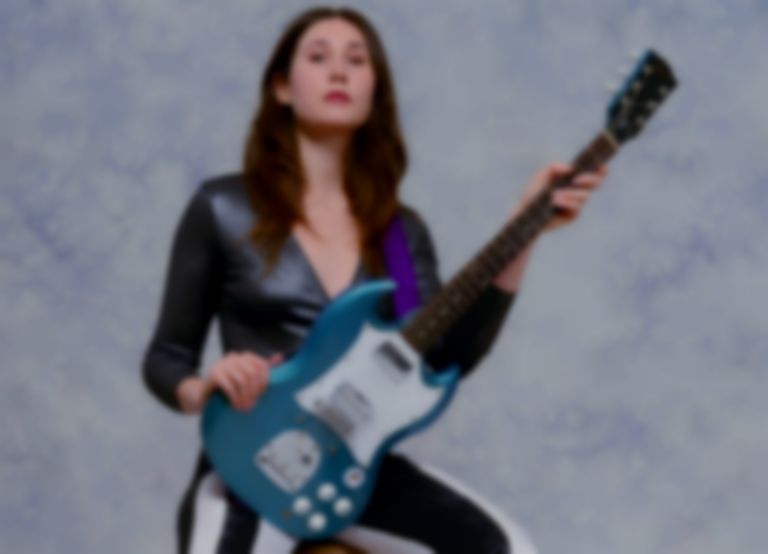 Following work with U.S. Girls, Ice Cream and Darlene Shrugg, the time has come for Carlyn Bezic (aka Jane Inc.) to go solo. On “Gem”, she relishes the chance to dig deeper into her own psyche.

Toronto-based Jane Inc. has announced her arrival with “Gem”, a slick synth-pop examination of the social media self. As the first single from upcoming debut album Number One, the new track focuses on the multiple characters we all play on the stage of social media. As Bezic sings, “It’s coming on baby like sunlight through a gem / The margins fade between what’s real and what’s pretend”. Shards of light are a delicious metaphor for the personalities we flick between, with each beam being another side to ourselves.

The track is accompanied nicely by the beautifully bizarre video, where we see Bezic playing various versions of herself that seem to include a businesswoman, a biker and a brooding janitor. If that wasn’t high concept enough, it takes place amongst the innards of a disco ball. This gives everything a glittery and glossy shine, much like the many filters of social media.

Musically, “Gem” mirrors the vintage disco vibes of the video. It’s synth-led, with an infectious bassline and Bezic’s sultry vocals finishing the funky jigsaw. At times, her voice drops to a hushed murmur, as if whispering sweet nothings into your ear. Using crystalline pop and disco to tackle more serious themes, Jane Inc.’s debut is fiercely ambitious and tricky to place. She sits somewhere on a spectrum between La Roux and Madonna.

Thankfully, Bezic is on hand to explain: “'Gem' is about surrendering to the identity we form through the images we post online. It's a process that's disturbing and liberating, with its own glittery beauty, like rays of light breaking into pieces against a disco ball."

"Gem" is out now and Number One will release 19 March 19 via Telephone Explosion Records. Find Jane Inc. on Instagram.