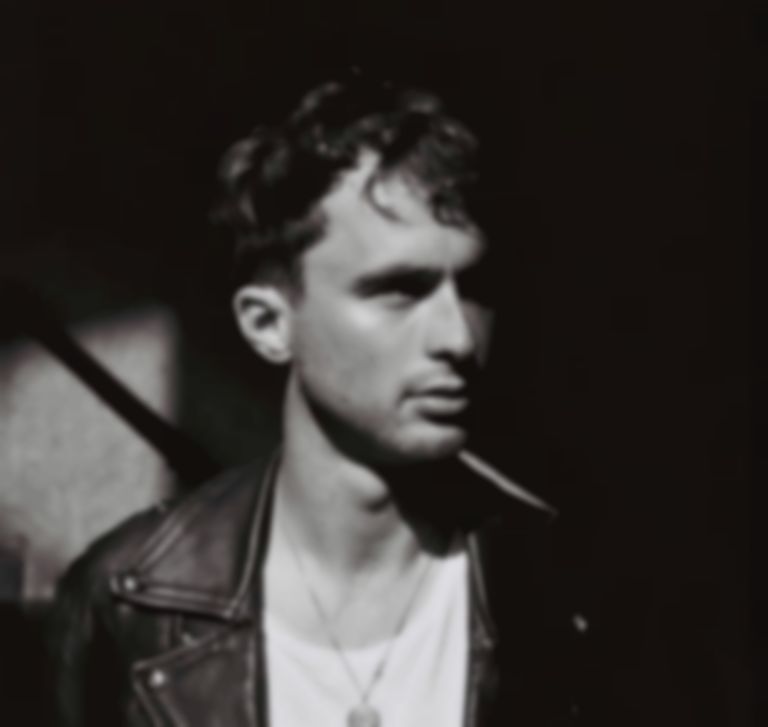 James New has spent the last few years in the background, lending his hand to mega-hits by the likes of Dua Lipa, RAYE, Saint Raymond and more. However, the time has come for him to take full ownership of his songwriting craft and step forward as a fully-formed solo artist.

With his debut track as a solo artist, the ex-Mirrors and Mumm-Ra man makes it evident that he has an inherent knack for crafting pop songs. "When We Were Young" is full of tinkling acoustic guitars that twinkle along in the background, akin to the chiming intricacy of Ben Howard, and create a shimmering backdrop in which New can paint out his emotions.

The song asks longingly "Oh were we happier when we were young? / And it was so simple. / Now I see us back then / When we were young... and hopeful." It deals with those emotions that come as we all get older and lament the innocence and simplicity of our youth: not wanting for anything but still having everything.

In the past, New has been through his fair share of heart-breaking tragedies, first with the passing of the manager of his first band, Mumm-Ra, followed by the passing of his father. Although this song evidently has a element of pain and melancholy within the languished vocals and lyricism, New also seems to find comfort within its pain. Memories are the focus of the track, and through the act of remembering, it seems that New finds hope and meaning. The deceptively simple track ultimately ends up feeling like a lush, cathartic expression of the complexity of bitter-sweet emotion that comes with memory.

We caught up with New to find out more about how he wrote the track, how music has helped him through times of struggle and what else we can expect from him this year.

BEST FIT: You've been doing a lot of behind-the-scenes songwriting for the likes of Dua Lipa and RAYE. What has made you want to step forward as a solo artist and why now?
NEW: I love writing with other artists, but sometimes the experience can be frustrating. As much as you might feel you’ve written something great, you have to rely on the artist, A&R, management, feeling the same way and very often everybody has a different opinion. I think feeling a sense of ownership was an important factor, I’m the person essentially deciding if it’s good enough, but also I had just been through a big break up and felt I had something real I wanted to write about.

"When We Were Young" feels beautifully simple and like a celebration of youthful innocence. Could you explain how it first came into being?
Initially it came from a conversation I had with old friends reminiscing over how we could make £10 last the night when we were 17/18 living in Hastings. I think most people have a time like that they remember fondly. I wanted to write a song that connected me to my past and those times when you don’t have much but you’re equally happy with your lot!

What is it about this track that made you pick it as your first solo release? Why is it important to you?
As a writer I’ve always been an advocate of keeping things simple. If you can play a song on your own with a guitar and it still stands up as a great song then the chances are I’ll be a fan. I think "When We Were Young" is one of those songs. There’s a timeless quality to it and I love the anthemic feel of the chorus.

You've gone through some life-changing and tragic events in the course of your career. Has this affected your outlook on life in any way?
I guess losing someone can’t help but have an effect you but I think I’ve always been a naturally positive person. In the long term it’s probably made me more appreciative of what I have and despite these events I’m an incredibly lucky person! I make music for a living?!

Would you say that music has helped you?
Yes definitely! I’ve written music everyday since I was 14. It’s something that I sort of have to do to vent or to articulate myself. I guess it kind of acts like a diary. As a writer it’s often very cathartic. It can be an emotional process, but mostly when it’s finished you feel better for it.

Is there anything that you would say to someone who might be going through the same thing? What would be your advice to them?
Talk about it. People all react differently to loss but for me talking about the people I’ve lost really helps. It’s my way of remembering them and over time it becomes more of a comfort.

Can you tell us a bit more about what we can expect from you this year? Is there anything that you're particularly excited about?
I’m really looking forward to playing live again. I love playing shows! It’s such a great opportunity to bring people into your world and get them into your music. I’m going to make sure it’s great live show!

What do you hope to achieve in the next 12 months?
That’s a good question. Initially I was making these songs for myself. I guess I’d love for them to speak to people. If they connect with anyone in anyway then as a songwriter I’ll be very happy with that.

"When We Were Young" is available everywhere now.