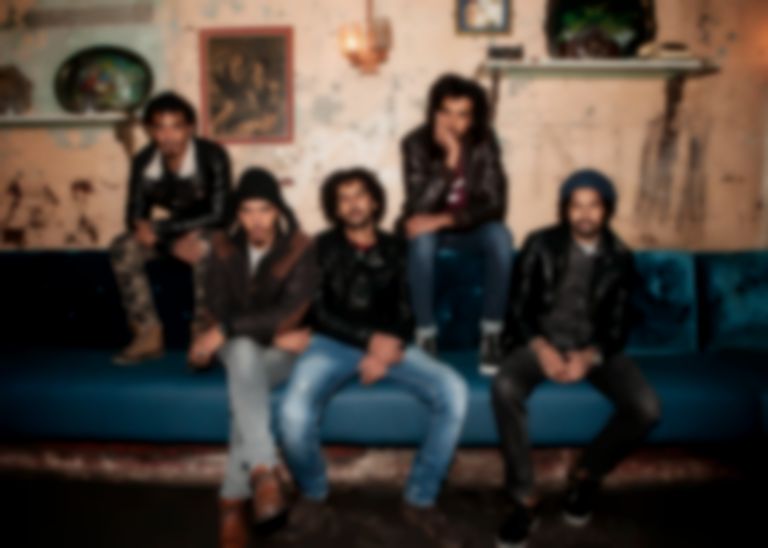 Imarhan have shared "Imarhan", the first track from their upcoming, eponymous debut record.

The six-piece outfit hail from Tamanrasset, Southern Algeria, and merge assouf and Tuareg traditional music. On the energetic "Imarhan" the group merge flickering rock'n'roll guitars with funky rhythms and pulsating basslines - it's a remarkably kinetic track that begs head nodding, toe tapping, and all-out movement marathons. If you're not sweating buckets by the tune's end, hit repeat.

Get to know the band with The Quietus' recent interview.

Speaking about the track, the band say:

"'Imarhan' is one of the first songs the band wrote. It is aimed at everyone and every generation. It is about the importance of love in life, the importance of being well supported and in good company. Solitude makes life difficult. You need to be surrounded by the people who wish you well - the main concern for the band, a friendship story above all. Imarhan means in Tamashek ‘those who wish you well’."

"Imarhan" is the lead single from Imarhan's upcoming debut album Imarhan. The album's out 29 April via City Slang.

Stream "Imarhan" below. Their upcoming UK/EU dates with Kurt Vile are afterwards.