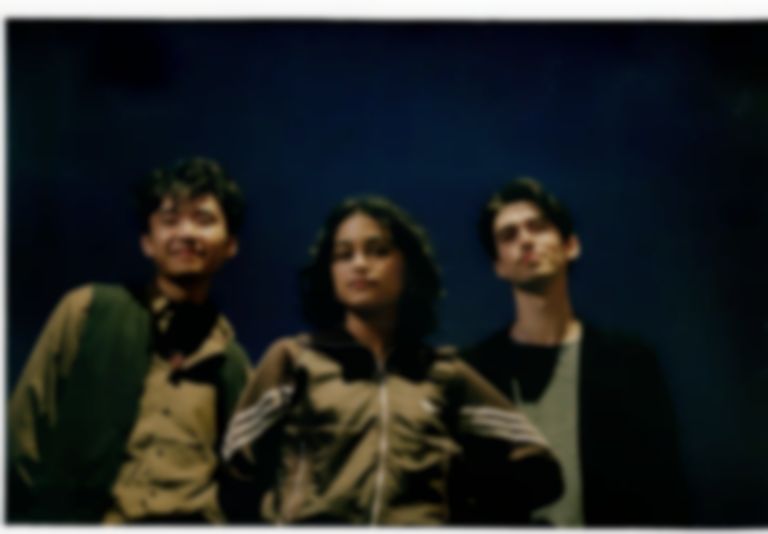 London-based Honeyglaze make an explosive debut with their captivating single “Burglar”, alongside the announcement of their signing to record label Speedy Wunderground.

With vocalist and guitarist Anouska Sokolow, bassist Tim Curtis and drummer Yuri Shibuichi coming together to form Honeyglaze in early 2021, timing was not quite on their side due to the limitations of meeting up during the global pandemic. Picking up speed in the months since, Honeyglaze are making strides performing sold out shows and unveiling their debut release “Burglar”.

Opening with a foreboding guitar line, the track quickly shifts into a calming atmosphere with the introduction of shimming chords reverberating over soft yet crashing percussion. The lulling hazy sonics seamlessly burst into a swaying rhythm for an energising chorus, accompanied throughout by the delicate and pure vocals of Sokolow.

Moving between sounds that evoke both anxiety and serenity, Honeyglaze drew inspiration for the capricious nature of the track from a Bukowski poem. “‘Burglar' shifts between states of consciousness, like slipping in and out of a dream in the early hours of morning,” the band explain. “There’s an uncertainty about what’s real and what’s not, and false memories of a half-invented history”.

The breezy offering is informed by artists such as Whitney and Julia Jacklin who have also mastered the delectable, dreamy soundscapes that Honeyglaze summon in their debut release. With a series of upcoming UK shows this autumn and their signing to label Speedy Wunderground, it’s safe to say we’re due to see big things from the South London act very soon.