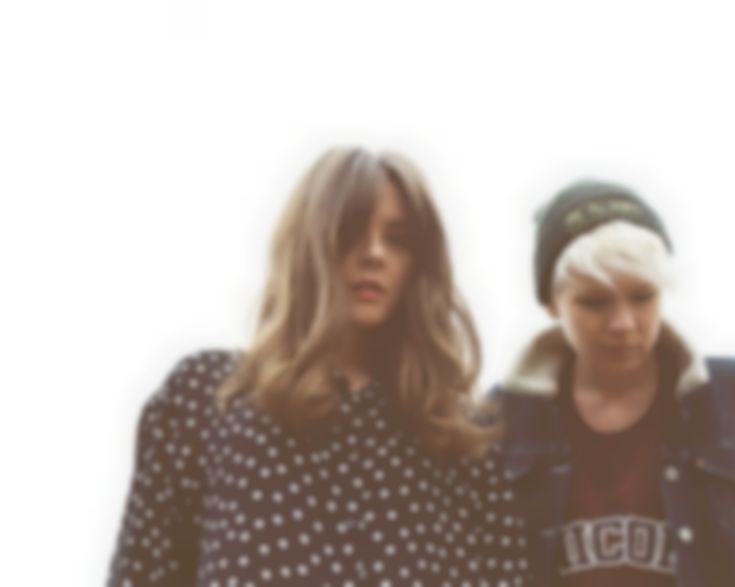 As you begin to plan out your Record Store Day purchases, divvying up your pocket money for those limited editions you're preparing to queue in the wee hours of Saturday morning for, make sure to set aside a bit of change to pick up the latest single from Scottish duo Honeyblood, "The Black Cloud".

Following the release of the fantastic "No Big Deal", the first single to be released after their 2014 self-titled debut album and the departure of drummer Shona McVicar, "The Black Cloud" is a return to the Honeyblood of old; their gloriously fuzz-fuelled riffs and sharp, deeply personal lyrics. But rather than being drenched in anger at an ex-lover, "The Black Cloud" is altogether more hopeful.

It's all about those days when you feel like giving up, how suddenly all the joy and laughter can be sucked out of the world and you can feel yourself "sinking into the walls". But instead of dwelling on these bad moments, Stina Tweeddale and Cat Myers choose to focus on the people that are willing to lend a hand when it's needed most.

Tweeddale said of the song: "'The Black Cloud' is an ode to the people who keep you strong. Everyone has days when they feel like it's over, it's just good to remember that it will always pass. I'm also excited about this one as it's a bit heavier and fast-paced than many songs on the album."

As the eponymous black cloud finally begins to part, the grungy guitars seem to wash away the anger and blackness, replacing it with a more buoyant sound; the dawn of a hazy summer where things are starting to look up. Those blue skies Tweeddale was crying for are finally on their way.

"The Black Cloud" alongside "No Big Deal" will be available via FatCat Records as a limited edition 7" this Record Store Day, with a limited pressing of 750 copies.

Also, check out Honeyblood performing "Bud" at Sofar London below.