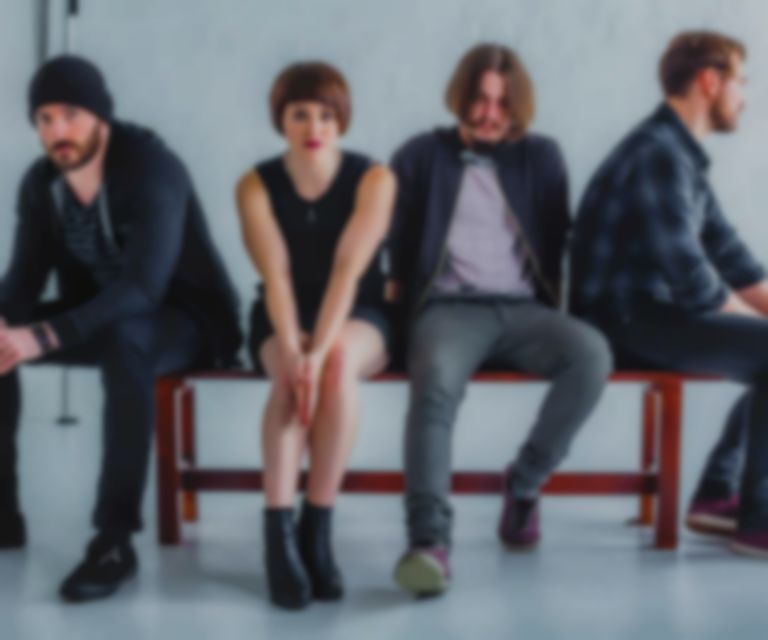 The vote takes place on 22 May, and a 'yes' result will legalise same sex marriage in Ireland - as well as marking the first time that a nation has legalised such a bill via popular vote.

"Glass" is a bone-chilling ode, with HAWK piling on prog. inspired guitar strands, hymnal backing vox and post-rock percussion. Structure is key to the song's power, with noises weaving in and out of earshot, slowly coaslescing in a thundering crescendo to rock the ages, oozing through every fragment of silence that may linger in the air. Sonic nods to Cocteau Twins and Sigur Rós' Kveikur, although dramatic and vivid, inspire a strength; this isn't a song that breeds fear or trauma, but rather a resolute power. It's focused on driving forwards, no matter what.

“During our Irish tour in April we met loads of people canvassing and raising awareness for the Marriage Referendum on May 22nd. Our date at Dolan’s in Limerick ran on the same night as a major LGBTQ party run by OUT in UL in the downstairs venue. After the gig, we met and spoke to a variety of passionate campaigners and their enthusiasm really stuck with us. We continued to see the same passion in Galway, Cork and Dublin. When we started playing ‘Glass’ we had the idea of a video that complemented the hypnotic nature of the track.”

“James had suggested the idea of filming colours dispersing in water and we felt this was the perfect opportunity to do something that would raise awareness of the vote, and keep it front of mind, not just with people who follow us in Ireland, but with people in London and the UK as well. With the amount of effort we saw going into the cause we’re so happy to be making a contribution, and I can’t wait to fly home to vote on May 22nd”.

Watch the "Glass" video below.