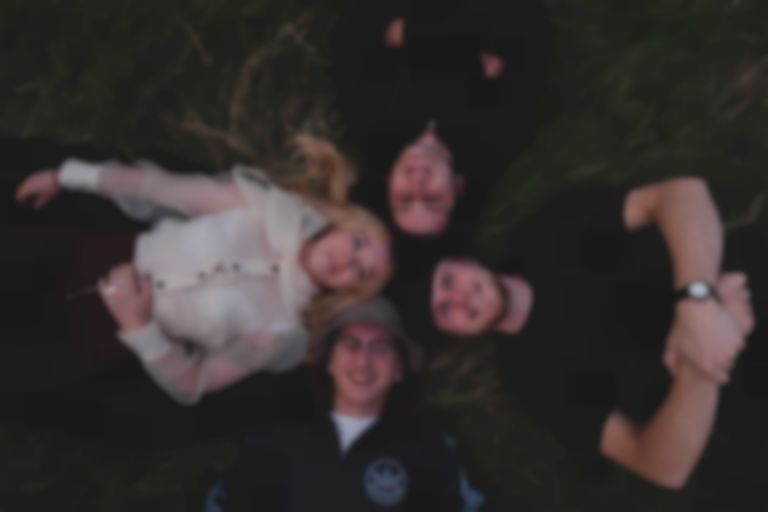 On “Dream Wife”, HANYA take elements of sugary dream-pop, ‘70s psychedelia and hauntingly ethereal shoegaze, creating something that feels both classic and contemporary, and utterly unique to themselves.

It seems you can’t go anywhere at the moment without falling over another cool-as-fuck band from Brighton. As far as cities go, few manage to embody independence in the way that Brighton does, especially as far as music scene goes. The latest band to emerge from the city is HANYA, a four-piece whose latest single “Dream Wife” showcases this perfectly.

Guitars jangle with an almost-arrogance over a bed of intoxicating electronics, while singer Heather Sheret’s vocal effortlessly brings to mind the likes of Chastity Belt.

“'Dream Wife' is a song for the lovers,” explains the band. “A throwback championing that first special someone, and the ‘honeymoon phase’ we’re all familiar with. Whether it’s an unrequited crush or the beginning of something long-term. It’s an arresting period of time that not even your mum can snap you out of with a trip bowling and some Pringles...”

The ethereal nature of shoegaze might not lend itself well to such subjects, but here it hits harder than most; the production values adding to its inherent nostalgia, ramping up the emotion to impressive levels.

Having already started carving out their own niche and supporting the likes of Tess Parks and Honeyblood, it’s easy to see HANYA following in the footsteps of such bands.

“Dream Wife” is out now. They play 22 November at DIY Space for London and 27 November at The Richmond, Brighton. Find other tour dates on HANYA's Facebook.