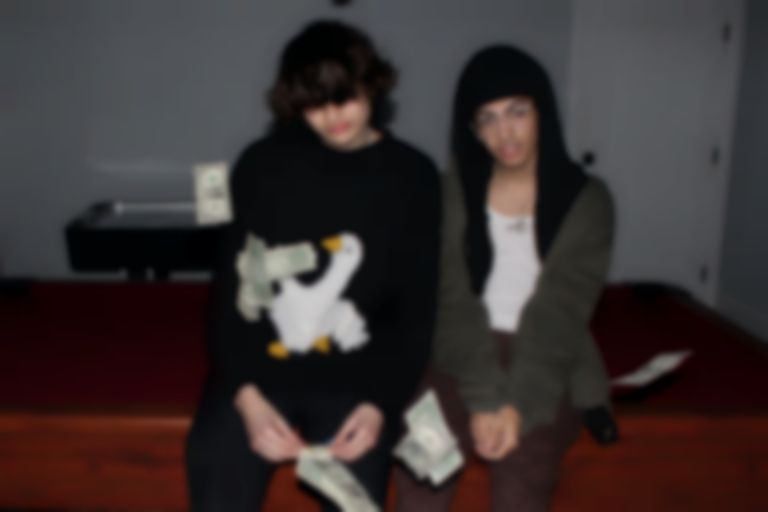 As the world of hyperpop expands and more and more think pieces ask the question "what is hyperpop?" glaive and ericdoa offer a masterclass in one of the corners this movement covers. Blurring the lines between alternative, emo and hip hop, glaive and ericdoa both trade in huge hooks and "cloak n dagger" has one ready for crowd to scream back to them.

One of our artists on the rise for the new year, we've been keeping a close eye on glaive since he started sharing tracks like "sick" and "arsenic" before dropping his acclaimed debut EP cypress grove via Interscope. Growing up in a small town in North Carolina, glaive aka Ash Guiterrez has been channelling his frustration with the world around him into his music.

Throwing their middle fingers up for this rousing fuck-you to someone they "want to rot in hell", the deliciously hyperbolic track was co-produced by Whethan who has worked with everyone from Dua Lipa to HONNE, Oh Wonder and Charli XCX.

The track debuts with a music video shot the same day the track was made. Having already teased that this track is just the first of a handful of collaborations via their social media, expect more fast-paced, standout pop tracks soon.