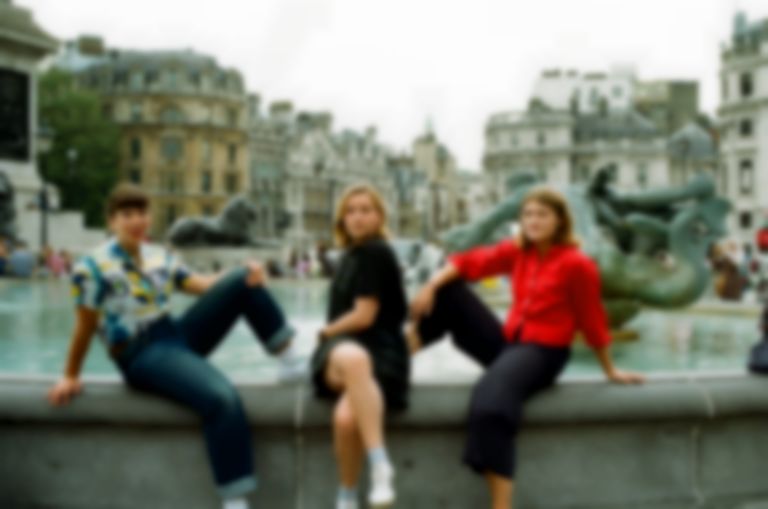 Building upon the momentum of Girl Ray’s sweetly self-aware single “Trouble”, a string of tour dates supporting Haley Bonar and Slow Club, and the addition of band member Emily Craste into their winsome indie-pop fray, the North London-based group have released B-side “Where Am I Now” as their newest single.

Girl Ray’s skill for blending airy, '60s-inspired pop harmonies with downcast lyricism is full-fledged in this fresh tune. Queue it alongside Broadcast’s “Tears in the Typing Pool” and Charlotte Gainsbourg’s “Me and Jane Doe” in your change-of-season playlist for maximum melancholy.

Says band member Poppy Hankin: “The song is about being in a really low and difficult place, and finding that even as you try to come out of it, the thought and pressure of happiness as a final destination can sometimes be scary and overwhelming in its unfamiliarity."

A charming black and white video treatment directed by Rita Maria Conry plays upon retro visuals, with the band singing into bedroom mirrors and stepping up their dance moves in a split-screen format.

“Where Am I Now” and “Trouble” will be released as digital downloads on 25 November via Moshi Moshi’s Singles Club. The digital release follows a sold out run of limited edition 7” singles. Girl Ray is at work on their debut album, slated for release in Spring 2017. Find out more on Facebook.