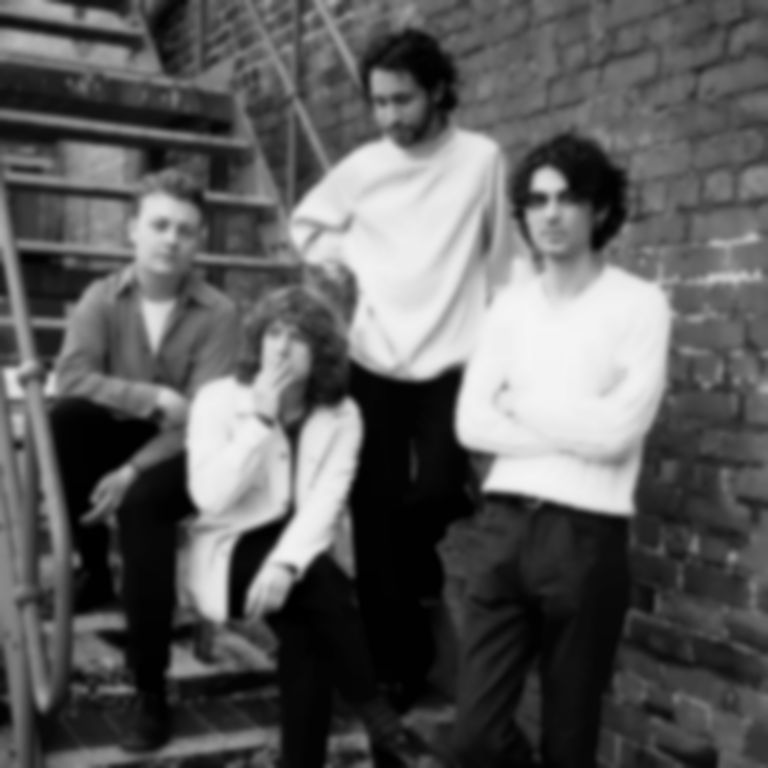 Mellow and dreamy as ever, Fuzzy Sun surge towards indie stardom with “Morning Light”, their latest in a slew of singles that lean into the magic of guitar music while exploring weighty subject matter.

Having cut their teeth in the iconic Manchester indie scene, Fuzzy Sun are cementing their place in the world of hazy guitars and groovy riffs and their latest material boasts some of their best hooks, most euphoric moments, and the most personality yet. Following July’s “Fake It”, “Morning Light” sketches out an impressive trajectory for Fuzzy Sun, which culminates in their biggest headline tour yet in December.

Though “Morning Light” is one of the band’s punchiest, most straightforward guitar tunes yet, it still carries the shimmery atmosphere of their ‘80s-esque back catalogue. Between the bounce of the bassline, the effortlessly breezy instrumental layers, and frontman Kyle Ross’s anthemic delivery, Fuzzy Sun easily conjure up a little more than early-morning energy. It’s slick, serene, and suggests great things to come from their upcoming EP, Since The Dog Died.

Speaking on the track, Ross says, “Similarly to fake it and the whole EP, Morning Light follows a very similar narrative and thematic arc. It was the first tune we wrote out of this new bank of material."

“I suppose it's about feeling lost and at the same time losing a part of yourself whilst trying to figure a way out of your own mental labyrinth. I felt like I'd been trapped in a David Lynch scene and that’s what inspired the tune in the first place.”

“We wanted to make an impact,” he comments on making a pivot towards a neo-classic guitar sound, “pushing a new creative direction for the band, as I think we have really found a sound that excites us and we feel comfortable with.”

“Morning Light” is out now, with the new EP Since The Dog Died set for release in November. Find Fuzzy Sun on Instagram and catch them live at The Grace, London on 7 December.