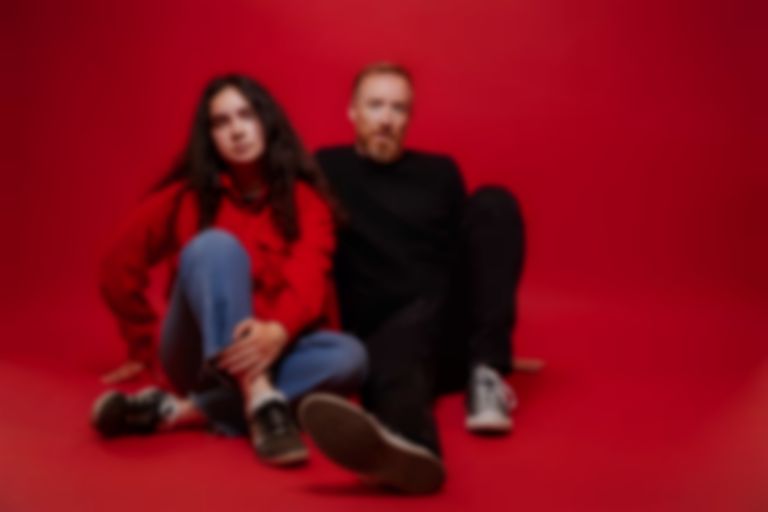 “Ashamed” is a spiky garage rock classic, serving as the perfect vehicle for Canadian-American duo Francis of Delirium to work through feelings of angst and self-doubt.

Jana Bahrich’s vocals are powerful and soaring during each chorus, while the quieter moments reflect the vulnerability of the song's subject. “'Ashamed' is about navigating how much of yourself you should be giving out to other people and then second guessing yourself,” explains Bahrich, “feeling like what you are giving out isn’t enough, feeling inadequate, being ashamed of that.”

The duo themselves are pretty unique as most bands in the rock scene go. Singer and songwriter Bahrich is 18, while her collaborator Chris Hewett is 30 years her senior. But their differences in age mean that their music is a melting pot of two generations of rock.

Speaking on the arrangement of the band, Bahrich told Best Fit, “We’re just trying to create something that we both feel connected to emotionally and when that happens it feels really special. For ‘Ashamed’, I brought the chords and we both really loved them. They’re so open and have that American Football type feel to them. Chris drove out the more grungy side of the track, the Alice in Chains-esque riff that breaks the song in half. It’s a good example of us bringing together two different genres of rock that influence us to create something that feels exciting.”

“There’s one moment where I hit my head and a red circle followed by white rings appears. It’s a visual representation of both the mental self-harm that the narrator is experiencing, and a mirroring of the Talking Heads’ video ‘Once in a Lifetime’. I’ve always interpreted the song to be about achieving commonly accepted societal goals – the beautiful house, the beautiful wife etc. And in ‘Ashamed’ I’m beating myself up for failing to achieve that idealised version of success”.

With one eye on the past and the other on the future, Francis of Delirium are finding their feet as standard bearers for the garage rock scene.

"Ashamed" is out now and All Change EP is out 19 June via Dalliance Recordings, available to pre-save now. Find Francis of Delirium on Instagram.