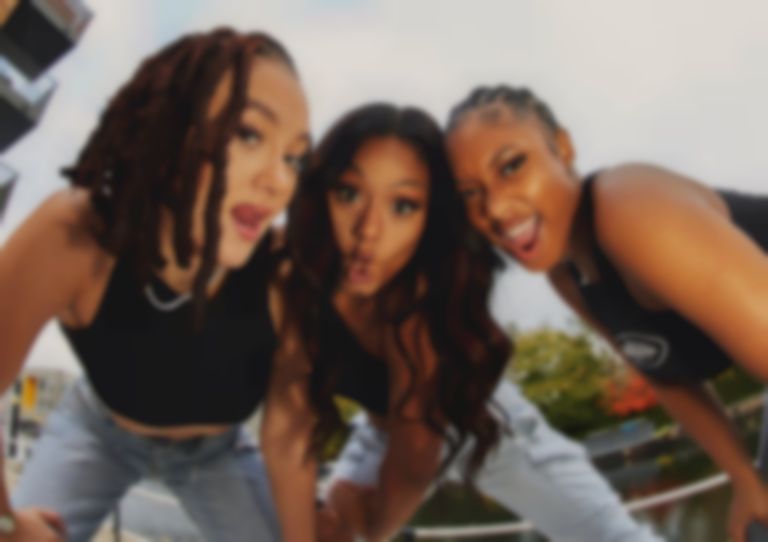 Meshing Iglesias-inspired instrumentation and 2000s girl-band harmonisation, FLO have arrived with their debut single “Cardboard Box” - a throwback to the pop eras of old.

Made up of 19-and-20-year-olds Renée, Stella, and Jorja, FLO’s story began when Stella and Renée met in school and bonded over their shared love of music and singing. Renée and Stella, the latter who spent her early years in Mozambique before moving to the UK aged five, first recognised Jorja from social media, but it wasn’t until the three met by chance at an audition that they realised they were onto something special. “I saw the girls and we screamed across the room,” Jorja recalls of the time. “I knew from that moment we were about to start something big.”

For the past two years, the trio has been hard at work perfecting their sound with the likes of producers such as LOXE (NAO), KABBA, Aston Rudi (Mahalia), newcomer Jamal Woon, Hannah Yadi, and female producer Lauren Faith. “Cardboard Box” was one of the first tracks the band ever worked on and was produced by one of their production heroes MNEK (Little Mix, Dua Lipa, Mabel). Blending luscious R&B vocals with dazzling pop melodies and chorus, it’s a demonstration in creating punchy pop perfection and a reminder of the legacy of girl bands that came before.

With lyrics inspired by cheating partners, FLO comments, “Cardboard Box is one of the first songs we wrote as a group and during the process we opened up about relationship struggles and experiences of moving on from an ex,” the band explained of the track. “It was a special bonding moment and feels fitting that it’s our debut single! We are over the moon about our first child entering the world and we want people to feel refreshed and empowered - like it’s okay to close a bad chapter of your life!”

The buzz for FLO is growing daily via a growing community of fans on TikTok and more music on the way. Determined to tell the story of life as 21st-century women - the ups and the downs and the hardships along the way - FLO are ready to make you cry on the dancefloor. Stella, Renée and Jorja are building something beautiful with FLO and “Cardboard Box”, released on Island Records (fittingly the home of the Sugababes), is the perfect evolution of the modern girl band.

"Cardboard Box" is out now via Island Records. Find FLO on Instagram.