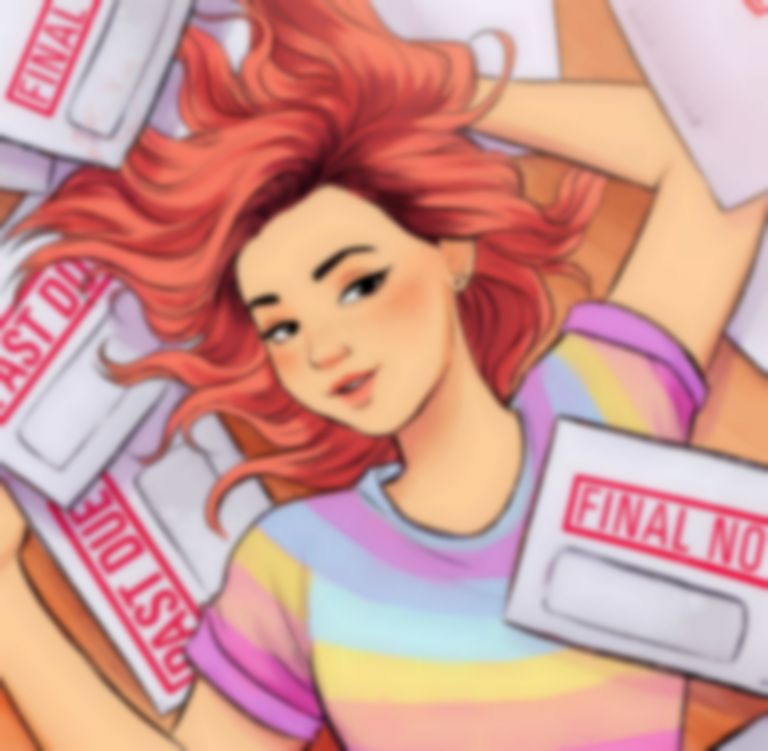 Self-proclaimed “2D egirl” Dad, the project of 19 year old singer-songwriter Kei Wells, shares “Fresher”, and it's a sugary delight with a cutting edge.

With electrified pop sequences infused with synth-pop juice, Dad's "Fresher" is a declaration that independence is the path to her finding true happiness. Expressing herself in the form of cute artistic renderings courtesy of Bev Johnson, Dad is putting out slices of gold with her music.

Singing "broke as fuck but I'm still fresher than all my exes", Dad's candyfloss melodies melt amongst the brash, attitude-laden lyrics. The track is a collaboration with Grammy-nominated Yakob, who's previously produced and written for 6LACK.

"So this song's a special one," Dad tells us. "I wanted to write a song that was about my issues: being broke, bad habits, feeling isolated… but was still confident that I’m doing better than when I was with my exes.

“I’m building my artist project from scratch and money comes slow (if at all) in the beginning. I’ve gotten some bills lately that I literally have no idea how I’m gonna afford.

“Being independent is so so so important to me right now and I know I’m exactly where I should be in life. I’m getting more comfortable in my own skin and having fun. I wanted the song to touch on that vibe and make people listening feel the same."

Of the collaboration, she describes, “Yakob found me on Insta and DM’d me and we were in the studio the next week. We had a song done by the end of the day. It was surreal. Dude is so so so talented. I love all of the 6LACK stuff but Yakob’s a beast on keys and he’s singing back ups w/ me and he’s heckin WHISTLING! Done. Ded. I’m in luv.”