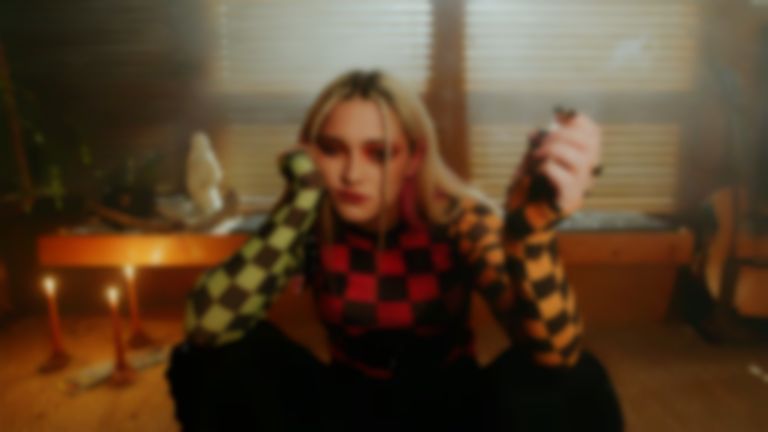 Having spent her upbringing in a deeply religious and conservative part of Alabama, Charli Adams is finding herself and letting her past go with her new single “Cheer Captain”.

“Cheer Captain” is a confessional, relatable and heartfelt song that Charli Adams wrote to overcome her childhood demons. Adams became the cheerleading captain in her freshman year of high school and was the worship leader in her church before pursuing her music career in Nashville, and she combines these experiences with her toxic relationships on her new track.

“‘Cheer Captain’ is a resentful and regretful song about struggling with a saviour complex as a serial people pleaser,” explains Adams. “I desperately wanted to be everything for everyone so I became a customizable human being that often went against everything I actually am. It’s always felt like the thesis of this project as I touch on my relationship with religion, my parents, and men.”

Lyrically, the song specifically talks about her self-image, asking God about her looks, and about a man who treats her like crap but she keeps going along with it because she just wants to be wanted. It’s these personal words which make the song that much better, and really show us Adams’ soul as she lets it all out.

“The opening line ‘I was 9 and talking to God in the shower / I knew he was busy, said sorry to bother’ is exactly what happened,” she explains. “It’s kinda funny to think about now, but I remember praying to god that I would be ugly so men wouldn’t like me & in turn, I wouldn’t be ‘tempted to sin’. At the same time I was a young girl full of insecurity and body image issues, who just wanted to feel pretty. The irony of that is in some way the theme of the song.”

The music video is a tongue-in-cheek representation of Adams’ upbringing – showing her in a religious get-up as well as a typically rebellious look, having conversations with herself over a blunt. It’s a fitting partner for the song, and it gives us the other side of Adams: playful, engaging, and a great performer.

“Cheer Captain” is the third single from Adams’ upcoming album Bullseye, following on from last year’s track “Didn’t Make It” and “Maybe Could Have Loved” earlier this year with Nightly.

“Cheer Captain” is out now and Bullseye is set for release on 16 July via Color Study. Find Charli Adams on Instagram.