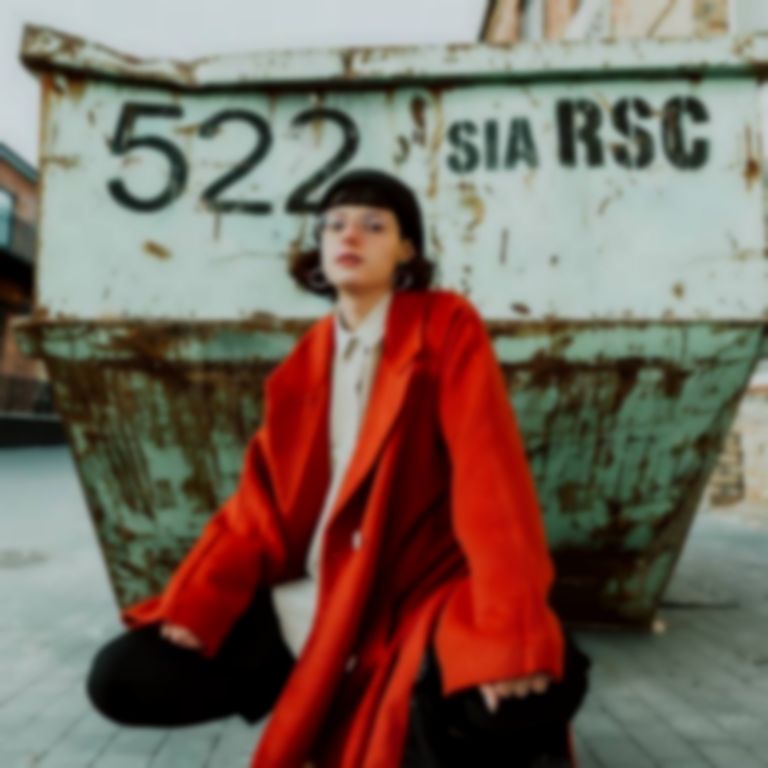 Originally written as a commission for a radio station, "Post" is a standout from Luxembourgian multi-instrumentalist C’est Karma's new EP Farbfilm.

The expressive singer/songwriter turns everyday normality into a sprawling alternative-pop ballad. "Post" draws directly on the boredom that C’est Karma found herself experiencing during lockdown, a demo version was originally featured on a compilation album which was put together to showcase the talents of Luxembourg's music scene while in confinement.

Having already shared a slew of enigmatic singles from the project Karma blurs acoustic and analogue sounds with progressive electronics which all accompany her captivating vocals and story-spinning lyrics.

The idea to make the EP came to her has lockdown set in, however as she explains it wasn't was easy. "During the first 2 months of the pandemic, I had a really hard time getting creative because all I saw was my own home and I usually rely on the outside to draw inspiration from."

We caught up with C'est Karma, real name Karma Catena, to talk about the history of "Post", life in Luxembourg and the inspirations behind the EP. Check out the Q&A below.

BEST FIT: First of all, how are things in Luxembourg?

CATENA: We haven’t had any strong restrictions since September, but just this week, they announced we will go into partial lockdown soon. There were a few cultural events happening in the past months, now everything will have to close down again. It is still unclear for how long this will go on.

"Post" is one of our favourites, what the story behind that one?

I wrote it as a commission for a Luxemburgish radio station during lockdown. I was very uninspired at that moment and because I usually write about experiences I make, I started to observe the limited surroundings I had more closely. After a few days of observation, I noticed that the same post women was passing our house every day, something I had never noticed before. And so, I decided to write a song about the post women in my hometown.

Which is your favourite?

My favourite is “Industrial Salt”, it’s the boldest and loudest, and it’s the most personal to me.

How long have you been working on Farbfilm?

The oldest song on the EP – "Paikea" - is from a year ago, all the others are from May this year. All the songs were produced in one go, so we technically worked on it for a year, but practically only for a few months.

Have you been disrupted by the pandemic?

I think the largest stone Corona threw in my way, was that just when we wanted to record the last two songs of the EP, the German borders to Luxembourg closed. As my producers live in Hamburg we had to find an alternative way to work on it. I think that was probably the hardest challenge COVID threw at me in the making of the EP.

What were your inspirations going into the project?

In the past year, I started to dive into the world of alternative pop and hyperpop, so I think that I was heavily influenced by artists like Charli XCX, SOPHIE, Lorde or Dorian Electra. Thematically, I drew a lot of inspiration from past memories, anecdotes or stories. "Paikea", for example, is based on a movie about Maoris called Whale Rider. “Industrial Salt” is about my family’s story, who fled their home country in the '70s.

Tell me about the title, it means colour film in German, right?

Yes! Because I see the EP as five different paintings, I was looking for a word that would describe a collection of different images. The decision to choose “Farbfilm” as a title came down to a very simple reason. Out of the French, English and German language, I found that the German word for colour film was the most aesthetically pleasing. It’s an alliteration and since I am a huge alliteration fan, this was the obvious choice.

Farbfilm EP is out now. Watch C'est Karma's Off The Road session on Best Fit's Instagram from 6.30PM tonight (27 November).