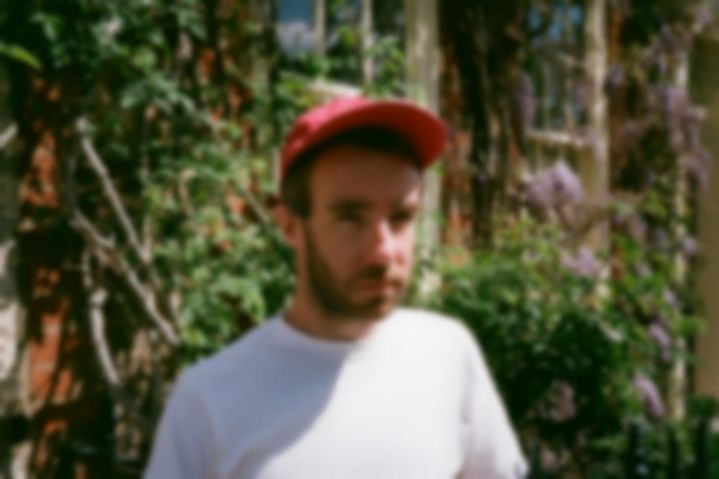 Boys Forever is the alter ego of London-based musician Patrick Doyle, formerly drummer with Veronica Falls but now striking out on his own making dreamy indie-pop. "Cold Is The Colour" is his latest single.

The track is taken from Boys Forever's self-titled debut album, which will be released on 5 August via newly formed label Amour Foo. As with all the best sunny, jangling pop music it was formed out of a dark period in Doyle's life where he was left without a band - Doyle has also played in cult Glasgow acts The Royal We and Sexy Kids - for the first time in a long time.

You could try and recreate the sound of "Cold Is The Colour" and the rest of Boys Forever under laboratory conditions and you still wouldn't get quite as close as Doyle does to the quintessential Glasgow sound.

Ahead of the release of the single and album, we caught up with Patrick Doyle to talk about the creation of his debut album. You can also hear an exclusive stream of "Cold Is The Colour" below.

Hi Patrick, how are you? Would it be fair to say you're something of a restless soul given the moves you've made over the years and the places you've lived and recorded?

I'm OK thanks and yeah that is fair to say. I tend to fall in love with cities just as quickly as I fall out of love with them. As far as recording goes, this is the first record I've made outside of where I was living at the time (as far as I remember).

The same of course applies to - or could apply to - the number of bands you've been in, many of them short-lived like The Royal We and Sexy Kids....are you better off on your own?

I don't know, depends on how you look at it. I enjoy making music on my own though, and joy is my only real goal.

Do you remember the point, coming down from Keith to Glasgow, when you thought "yeah this is for me”?

I started going to clubs at the [legendary Glasgow venue] Woodside Social when I was around 15 or 16. They made me feel a lot less lonely than I had been feeling in my hometown.

Have you been sitting on the songs for Boys Forever for a while, or did they come from necessity?

I started writing these songs at the start of 2015 as a way of getting to grips with a used cassette four track that I bought. I was experimenting with which rooms in my flat were better for recording which instruments and ended up recording a lot of the songs in the bathroom with the microphone hanging over the shower curtain rail, as it seemed to give me the sound I was looking for. I got really into making these recordings and eventually I had enough songs to make a record.

Did it get particularly dark for you...and what were the reasons for that?

I guess when you're writing for your own project you can afford to go a little deeper. I don't know if it necessarily got dark so much as it was always dark. Sometimes you don't know until you listen back with some perspective, which takes a while. Ask again later.

How do you feel stepping out from behind the kit to bare your soul, so to speak?

Tired. I played guitar in bands for years before I started playing drums, so it doesn't feel that strange to me. I'd fallen out of love with playing the electric guitar for a while, but I'm really enjoying it at the moment. The fun thing about making the record was getting to play a bit of everything rather than being chained to one instrument.

What can you tell us about new single "Cold Is the Colour”?

It's about whether absence really does make the heart grow fonder, or if it's just what you need to be set free. It was one of the first songs I recorded on my cassette recorder at home, with just the lead vocal, backing vocals and tambourine in the begining. I added the drums, bass and guitar when we were recording in California and then another lead guitar part which got taped over at some point during the sessions. I didn't realise this until I was already back in London, but decided not to re-record it, I think it makes the song more delicate and intimate without it. Sometimes these things are a blessing in disguise.

Do you feel settled anywhere yet - you moved to London and then recorded in LA…?

I don't think I'll ever feel settled in one place. The worlds a big place, don't you want to see it?

What does the rest of 2016 hold for Boys Forever?

Your guess is as good as mine. I'm finishing up demos for album two at the moment so it'd be nice to get back in the studio sometime soon. I'm playing some shows The Goon Sax at the end of September, which I'm looking foward to.

Boys Forever is out 5 August via Amour Foo. Live dates, including an autumn tour supporting The Goon Sax can be found here.