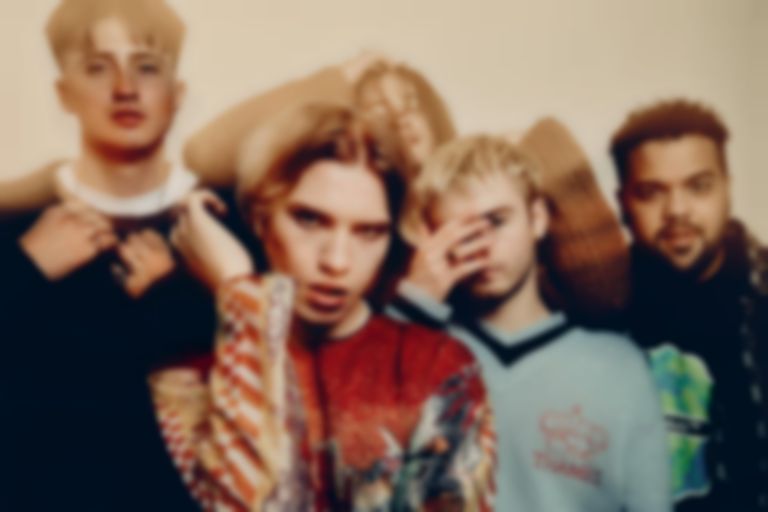 East London-based group Boy Bleach return with their titanic new single “Perfect Guy” – with a punchy chorus and effervescent instrumentation that’s reminiscent of some of The 1975’s more pop-friendly moments.

Hot on the heels of their debut single “Perplexed” earlier this year, Boy Bleach is a band born of a shared intrigue for artists such as BROCKHAMPTON, right through to Glass Animals, Depeche Mode, and the New Romantics era.

Made up of two sets of brothers and accompanied by best friend JJ, the band have spent the past few years fostering and developing a unique blend of disco-esque electronics and traditional arena pop to create something altogether new and exciting.

Unwavering, unafraid of change, and capable of tapping into the most complex of emotions, Boy Bleach is the perfect outfit for the most imperfect of times. The five-piece explore themes such as mental health – including anxiety, uncertainty, and, in “Perfect Guy” in particular, some of the worst elements of toxic masculinity – all the while bouncing into life with a crescendo of rolling lights and electro-fused harmonies.

“Perfect Guy was cathartic to write,” the band explain of their latest release, “it was one of those songs that just fell out of everything we were going through at the time and the layers just made sense. It was conceived in the wake of breakups, personal battles, and what felt like an endless barrage of uninvited “do better” moments both external and internal.”

“And as we delved deeper, we started to link the concept to our want to escape from the greater confines of toxic masculinity and what it means to be a “perfect guy” etc and why people, in general, feel such a weight to be something we aren’t to please people who don’t deserve it.”

“We wanted to make something that captured the essence of how that period of self-reflection, and an almost razor-sharp u-turn of awareness, felt. It’s an honest, conversational journey through the self-deprecation and consuming of taxing opinions of yourself, through to that feeling of self-validation I guess.”

“It was one of those times where we felt we were being hit from all angles, but no one wanted to hear it, the air feels pretty cold & dense in those days & not being worth a sympathetic ear but apparently being worth the uninformed criticisms was pretty wearing.”

Unrepentant and unrelenting, Boy Bleach offers a fresh take on escapism for a new era of boy bands, and “Perfect Guy” showcases the best of their potential greatness. A new standard is set.

"Perfect Guy" is out now. Find Boy Bleach on Instagram.