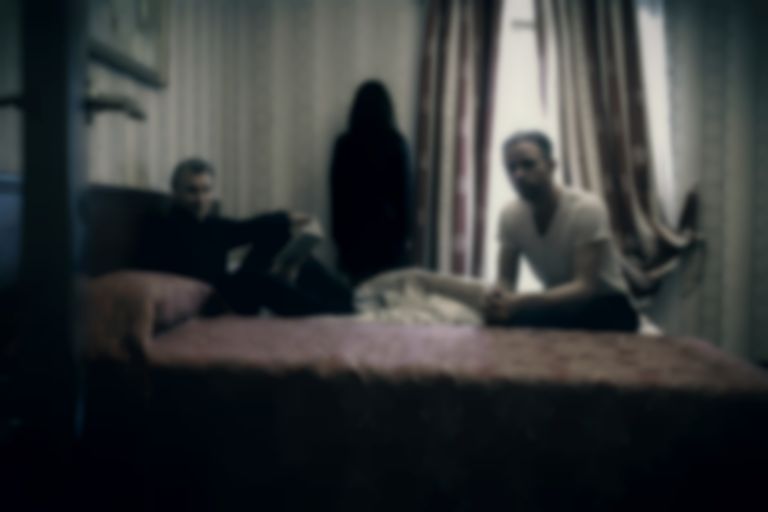 Blue Foundation are previewing upcoming LP Blood Moon - Bjerre is one of a number of guests on the record, with Mark Kozelek and Erika Spring of Au Revoire Simone/Nice As Fuck also making appearances.

"Lost Girl" is a celestial escapade, with astral synths buffeted by solar winds and bass fizzing throughout. Bjerre's signature falsetto is suspended in orbit around the beats, soaring and dipping in tandem with the song's glittering melodies.

“I've known Tobias since I was 6, and we had an obscure noise rock band together when we were teenagers. I've been involved in Blue Foundation before, like Tobias has been involved in my band Mew, and I'd like to consider myself a part of his extended musical family, as I consider him part of mine. When Tobias first sent me the track, the chorus melody and lyrics were already laid down, and alongside this strange, tilting beat, they were a great gateway for me into the song. I liked the lyrics, because they felt so fragmented, almost cut-up, so I tried my best to retain that feeling in the verses and outro parts. That beat feels like running down a street in slow motion, while people keep trying to trip you. And there's this beautiful, enveloping storm of synths that feel like you could disappear into them, so that's what the song felt like to me, like someone disappearing.”

Blood Moon is released via Dead People's Choice on 2 September. It follows 2012 album In My Mind I Am Free.

Stream "Lost Girl" below. The LP's tracklist is after.