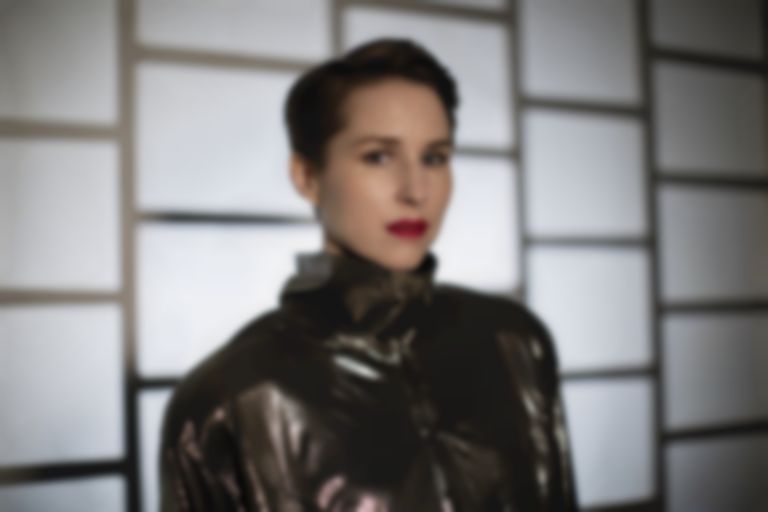 Sweden's Big Fox, aka Charlotta Perers, returns with pensive new single "Beast", which is lifted from her forthcoming album See How the Light Falls.

Perers' latest offering, which is produced by Tom Malmros (Alice Boman), opens with a plucky string melody that sounds slightly detuned, emphasising the foreboding lyrical content of the song.

As the strings coincide with the urgent, ticking beat, Big Fox unveils her soothing vocals, juxtaposing the tense instrumentals of the track. Celestial synths wrap around Big Fox's layered vocals in the first bridge to separate the softness of the delivery from the meaning behind the track.

"Beast" draws similarity to Warpaint's back catalogue with the string melody, although Perers' vocals are more heavenly than haunting.

Discussing her new single, Perers says, "I've been thinking a lot about our need for control, how we justify the use of violence to create order. And my part in that order."

She adds, "We're often so good at rationally explaining and justifying our actions that we end up convincing ourselves that we had no other choice. Maybe we didn't. But the heart never forgets the eyes of the one we have betrayed. The heart never forgets. I wasn't sure if I could write this song. Finish it. Balance it. It seemed so fragile, tipped over so easily. But it was almost as if it wanted to be written, needed to be. Sometimes maybe even the difficult subjects need their pop costume."

Expanding on the accompanying visual, director Anna Brånhede says, "We knew quite early on that we wanted to have masks in the video, and Richard Szedelyis’ masks have this wonderful mix of elegance and darkness that we were after. We wanted to create a feeling of being pulled into something against your will, but still adding a sense of humour, magic and lightness."

Big Fox's See How the Light Falls album was initially due for release in May 2018, but was pushed back after Perers was diagnosed with Lymphoma. She explains, "A few weeks before the album was supposed to be released, I was diagnosed with Lymphoma. It all happened very quickly and it was almost like entering a parallel world with a different time scale, rules and priorities."

She adds, "Life suddenly became very intense, very here and now - but that amplified positive experiences too. But it felt good to know that the album was waiting for me on the other side. It was a reminder of something else, the someone I was outside the hospital."