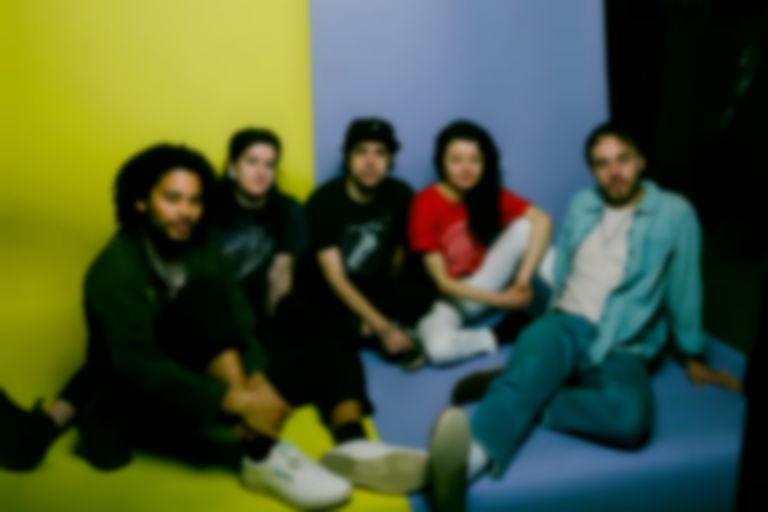 A true melting pot of a band, Barrie were formed in New York City but have roots in places as diverse as Baltimore, London and Sao Paolo. Their debut single inhabits a whole other elegant plain.

"Canyons" is the first single from Barrie, Dom, Noah, Sabine, and Spurge and it's a whisper of a song, speaking of half-formed thoughts and liminality, forever drifting between waking and sleeping.

"Tilt your head back / when the trailers play" sings lead song writer Barrie Lindsay, describing to us the dreamiest visit to the cinema. In between the elastic bass notes and foggy keys, and Barrie's lush and breathless vocal, there are fingers brushing against the faded velvet of the back of the seat, waiting for an electric touch of shoulder or of fingers reaching out from another hand.

In a cinematic bridge, Barrie conjurs the disorientation of stepping out from the dark of the theatre into the brighter, yet still fading light, of the creeping evening. It's a night filled with anticipation and hope, but with wariness and hesitation darkening the edges of something yet to bloom.

A special debut from a band still yet to fully develop, Barrie seem set to weave more enticing stories.

"Canyons" is out now on Winspear.