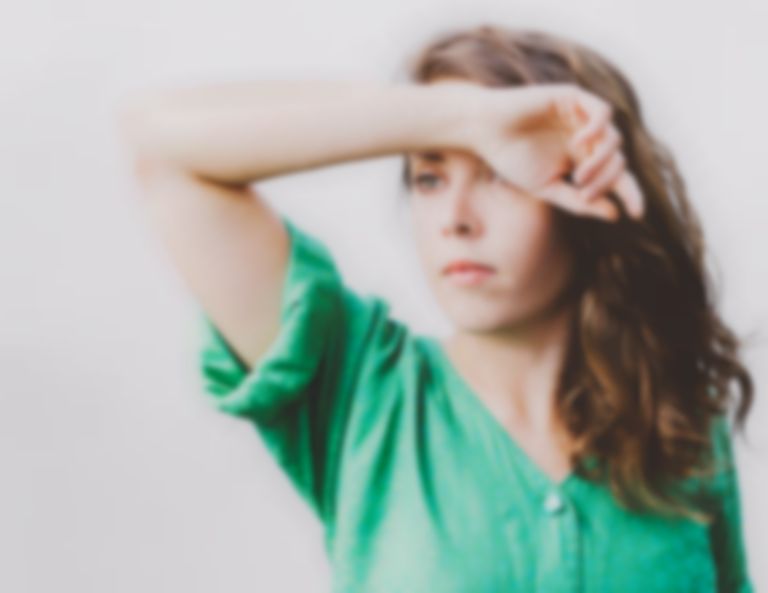 MakeShift is the result of a paradigm shift in Lang's life, following the devastation wreaked by firestorms in Northern California. Braver and wiser, she seeks to explore a greater breadth of sounds with new urgency and motivation.

"Projector" opens with electro-folk sounds reminiscent of Sylvan Esso, if a little less super-charged. Keeping things simple suits Lang, though, allowing her complex lyrical themes to take centre stage – thanks in no small part to her crystal clear vocal delivery. At its midpoint, "Projector"'s pendulum swings closer to folk than electro, with simple guitar providing a sturdy scaffold to the track's remainder.

"'Projector' is about being able to make the distinction between what is your baggage and what isn’t, and how that can come into focus when you remove someone from a pedestal and see their humanity more clearly," Lang explains. "Sometimes we assign ourselves these archetypal roles, when really we’re just shirking our accountability with others: pretender, defender, professor, etc. It was fun exploring what each of those looks like and what the consequence can be: 'you're a professor, teaching me about the way / Making a mess of the things you feel for what you say.'

"There’s a challenge in separating truths about yourself from whatever story someone else is putting on you," she continues. "For me, that ability was hard won, but when it finally showed up it was a really empowering thing and this song came out of that. It felt like shrugging off passivity and victimhood in favor of telling something like it is."

"Projector" is out 1 March.