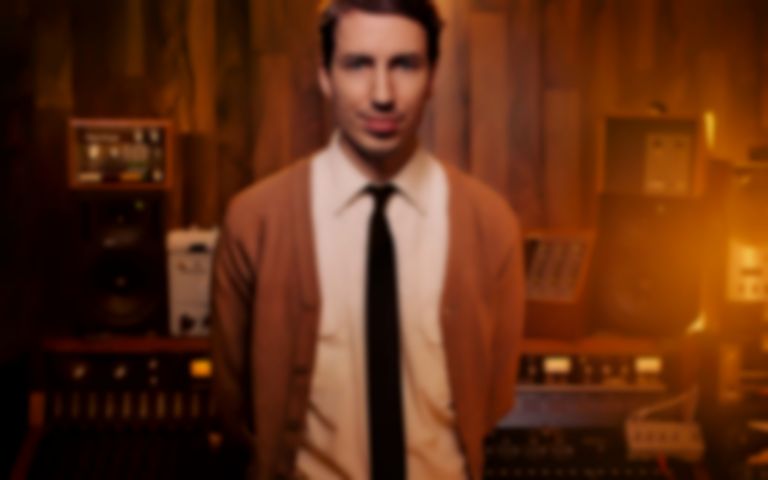 It's been a long time since we heard from Bob Hund member, Hello Saferide producer and all-round hardworking Swede Christian Gabel but today sees the release of 'Vi', the first track in nearly a decade from his 1900 project.

Taken from forthcoming album Tekno, 'Vi' is practically the defining example of what Gabel does when making music as 1900. Muted and downbeat, the Swedish producer records purely with analogue and acoustic instruments straight to tape and it gives his music a sort of out-of-time feel, like recordings discovered years after being hidden away at the back of an antiqued wardrobe.

On 'Vi', we're met with recording static and the tick of a metronome which acts as a guide for understated "Auld Lang Syne" piano which wobbles as if being played back on an ancient record player. The track gently swells when the hums of vocalist Thåström sigh their way through the piece, joined by what sounds like a Mellotron filtering choir samples. It's that meeting of sad and hopeful, played out on a loop like the memory of a loved one projected onto a wall, forever wordlessly expressing a feeling long thought forgotten.

Tekno will be released in March of this year but in the meantime you can listen to 'Vi' below.