A bunch of years back, when I was in my friend Merideth’s apartment in Brooklyn, I stumbled across a book on her bookshelf titled The Quilts of Gee’s Bend. I was attracted to the images in the book not because they were ‘quilts’ but just because they were some of the most amazing graphic compositions I had seen in a while, and just so happened to be Quilts.

It turns out the collection was made by a select group of women and their ancestors, who live or have lived in the African-American predominant area of Gee’s Bend, Alabama. I won’t go into the whole history of these Quilts or Quilts in general, because I would not do any of it justice with the limited amount of knowledge I have. All I know is that when I saw these images, I had already started a band with two friends of mine and we had called ourselves Quilt. It was the first time I had seen an image of our namesake that truly stuck out to me. 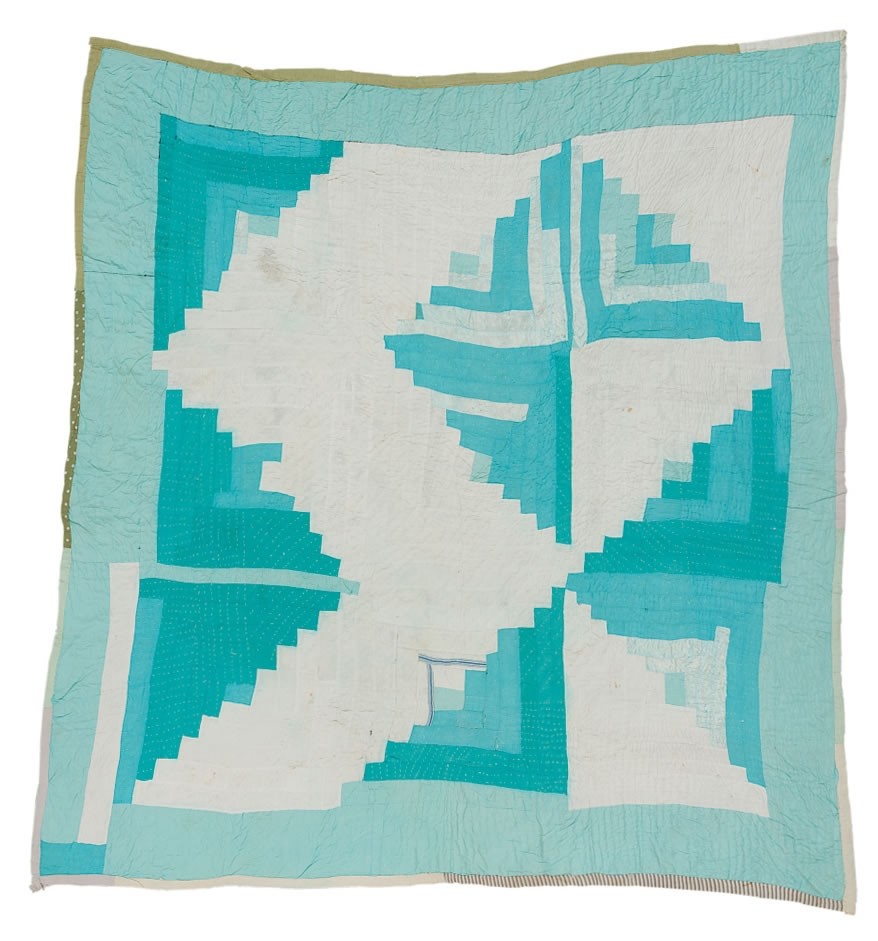 At first we didn’t really know why we chose the name Quilt, it just felt right. A lot of times people would call it silly or that our name was a stupid reference to an outdated art form. Yet, sometimes people love it, and it has consistently allowed people to make cheesy references to our band being a ‘patchwork of sounds’ ever since the name came about. Haha. I don’t really mind that…but on the other hand I have always been a little cautious of the ways in which people often see ‘folk arts’ and ‘folk musics’ to be outdated mediums.

I remember when I first found this specific collection of Quilts I felt as if I had found the aesthetic counterpart to this feeling that I had been carrying around for a while. These Quilts were way ahead of their time; they were incredibly graphic; they used colors that are you do not often see in Quilts from America’s past; they were very ‘contemporary’ in aesthetic and intensely abstract. Yet they were formed out of an ‘age-old tradition’. I look at a lot of contemporary painting, and these Quilts are just as advanced in their use of form and abstraction as a lot of contemporary painters who they happened to proceed. It’s funny how someone may look at their ‘medium’, that they are ‘Quilts’, and not treat them with the same aesthetic consideration that they would a painting. Painting is ‘age-old’ too. It’s an interesting consideration for ‘folk-artists’, and those who work through ‘tradition’ in general. If an age-old tradition has the power to resonate loudly within a contemporary atmosphere, is it really so backwards? Is it ever truly possible for a method to be outdated if it can be used to consistently make work that is powerful in the contemporary? I am thankful to The Quilts of Gee’s Bend for helping me ask these questions. After the exhibition came out, The Quilts of Gee’s Bend have been considered to be one of most important African-American contributions to the history of art within the United States. 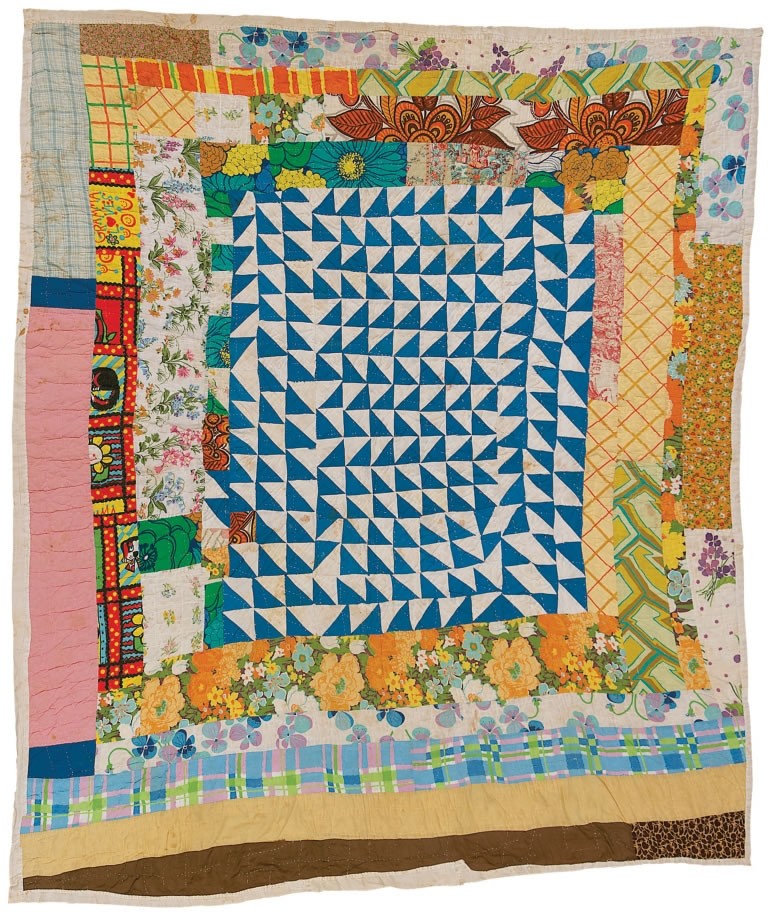 When we were making the cover of our first LP, I had decided to use sections from a collection of these Quilts to construct the border that surrounds our first LP design. I just sifted through a lot of the Quilts and then re-quilted them together to make the border of our first album. I never really thought much about it…just that I had had a very strong connection to these works.

Then, a little over a year and a half ago, a really crazy thing happened. We were playing the Pickathon festival in Happy Valley, Oregon, right outside Portland, and I stumbled into kind of a magical exchange. In the woods a little ways off from the main festival ground there was a backstage area set up for artists and VIP’s. It was super mellow, just some lounge chairs, a fire and some beer; a good place to take a break from the constant stream of glow sticks and ragers. I was sitting back there for a bit when a man with a little box hat came and sat down next to me. For a few minutes it was just silent recuperation and then he goes, "You played today, right?" I said, "Yes, earlier on." "What’s the name of your band again?" he asked. "Quilt," I replied. "Oh yeah, Quilt…I liked you guys. So, do you like Quilts?"

At first I was a little taken aback by the question…it’s funny that I’ve been playing in a band called Quilt for over 7 years now and I have been asked this question very rarely. I told him, "Yeah, I love Quilts. I especially am a huge fan of a traveling exhibition of Quilts that happened some years back called The Quilts of Gee’s Bend." He looked a bit surprised for a second, then says "Really? That’s funny." "Why?" I asked. "Well, my dad and I, we’re the ones that put together The Quilts of Gee’s Bend. That was our exhibition. Our foundation is the one who helped get those artists work out into the world.” 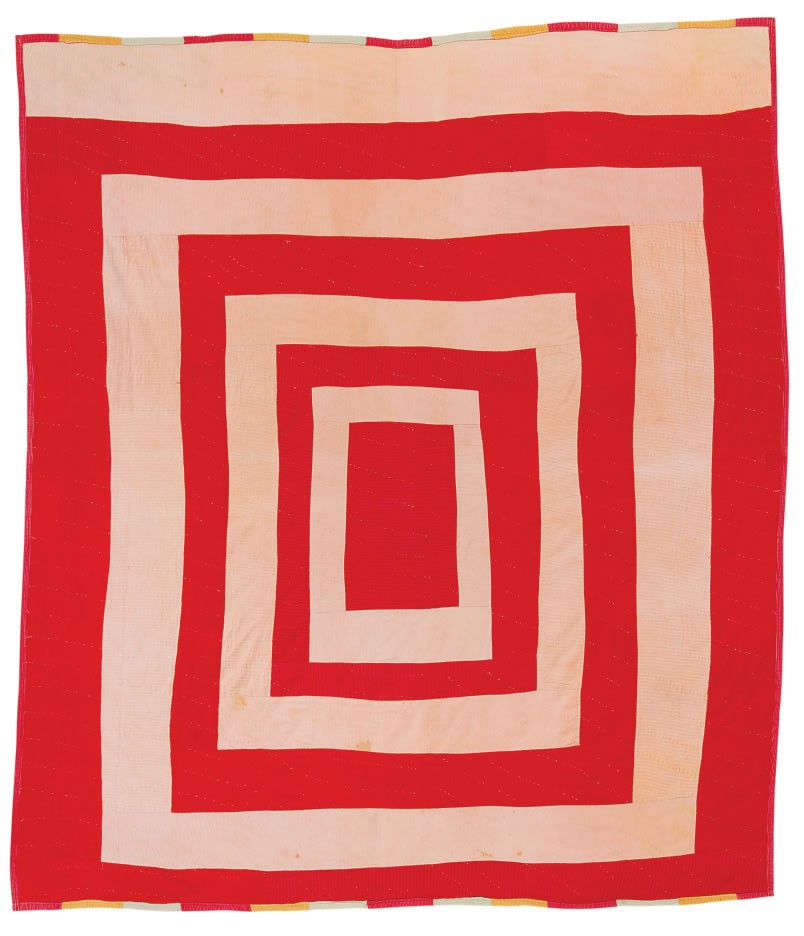 My mind was absolutely blown. I went searching through my memory to think about how this guy could be playing a trick on me, but in the end it just seemed like, "well, okay, I guess this happens too…" You know like that moment in Magnolia and the kid is sitting in the library and all the frogs are raining around him. Haha.

I know it wasn’t that ‘huge’ of a moment. But to me, in my little mind, it was a big thing. We got to talking about art and our band Quilt and I asked him if he was gonna sue us if I showed him the cover of the original Quilt album that I had pretty much stolen work for. He said ‘No!’ and I showed him. He started pointing out each little patch and naming each artist and I was just caught in a state of awe. Not only was I mesmerized by the fact that he knew each patch so closely, but I could really see this man’s care for the work. He really LOVES these works and these artists and has dedicated a large chunk of his life to getting their work out into the world. This man’s name is Matt Arnett and I am happy to now call him a friend of mine. 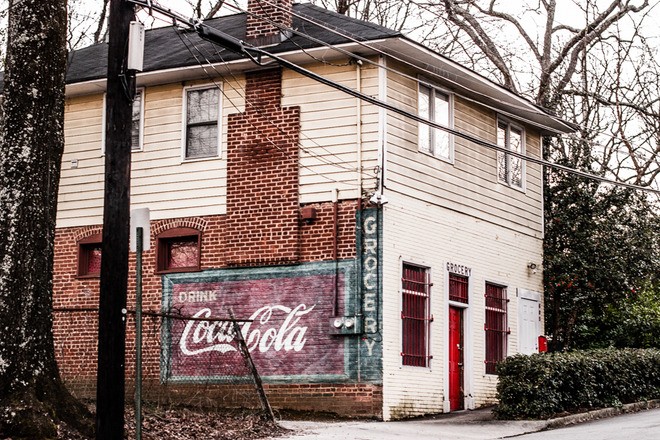 Matt & I traded information and have stayed in touch ever since. When our band was looking for a location to condense our songs and demo our new record he reached out his ever-helping hand and offered us his home in Atlanta, Georgia. He lives in an old-school grocery building that he called The Grocery On Home. The downstairs is a giant warehouse / loft like space (decorated in great folk-art) and then upstairs is an apartment. He has been hosting intimate shows in his space and helping out artists in Atlanta and beyond for many many years. We ended up taking his offer and putting together many of the songs you hear on our record Plaza in his space. And, that’s why I’m writing about this here…

Plaza is out now on Mexican Summer. The band tour the UK & Europe - tour dates here.