Whose sea is it anyway?

Have You In My Wilderness is a coded tale of modern desire. The want and need of it all. A painful misuse of human passion gnaws at Julia Holter's songs. Draped in allegorical mystique, her characters flail through universal suns and seas, lost in a wilderness that veers from pop jubilation to disorientating near-death experiences. She says it's mystery and tall tales that get her, but with such striking intimacy now on show, is it really possible she's not hiding beneath all the heartache?

Julia Holter hates the sound of her own voice. "Speaking or singing," she confirms. It’s quite the revelation. On fourth album Have You In My Wilderness her voice is clearer than it's ever been before. Sung, spoken, whispered, layered into woozy swathes that soar between strings. And super confessional. Skin on skin, bodies on beaches, hearts hiding from horizons.

The classically trained LA musician and singer-songwriter has always had a predilection for the theatrical. Twisting songs into avant-garde forms, working her voice into mellifluous layers and running riddles through her lyrics. Have You In My Wilderness takes all of this and sharpens it. For the first time it feels like a puzzle she might want us to solve.

The sensory overload is dense. Each song casts multiple vignettes behind your eyes. The imagery haunts you, hurts you even. There are strange recurring phrases and uncomfortable juxtapositions of story and sound. It's a terrifying, beautiful dream world listened to in sleep paralysis. You can’t move for the tale. And all of this is completely, intrinsically reliant upon how Holter uses her voice - which she absolutely hates.

"It became this thing," she says of the recording process. "It was clear that my judgement on my own voice was going to be negative no matter what."

Holter gave herself over to producer Cole Marsden Greif-Neill. Upon his insistence that jacking up the reverb wasn’t going to do her any favours, she instead concentrated on leading seven musicians through demos "crappily recorded" alone at home on her piano.

"I thought, well, I'll use the instruments I'm used to working with and make the same kind of record that people make with guitars. The same kind of ballads, those golden kind of sounds"

Live percussion, double bass, strings, piano, the harpsichord setting on Holter’s keyboard that has been a mainstay since day one, all move through arrangements as evocative as her subject matter. From strings that pull through the air with a slow, manic sadness to keys and percussion that dance with melody like dappled sunlight, a joyful pitter-patter just out of reach.

"I wanted to have a theatrical, dramatic sound and instruments are really the right choice for that," she explains. "For this record it could have been more rock instruments too but I thought, well I'll use the instruments I'm used to working with and make the same kind of record that people make with guitars. The same kind of ballads, those golden kind of sounds."

It’s the hardest record she’s ever made. An artistic trudge to overcome her own preconceived limitations and, on a less transient level, work much older demos into the album’s framework. Notably, "Betsy On The Roof" which first appeared on 2010’s Live Recordings. The fuzzy, lo-fi piano of the original has been carefully polished. Testament to Holter’s realised agony, it cranes with the same nightmarish euphoria, albeit sung from a billowing, moonlit mountain top instead of a dusty bedsit.

"You get so attached to a demo," she replies, softly. "It’s just, you wanna maintain the rawness and the vitality of your performance. Sometimes it’s so hard to bring that into the studio. We had to work at it, we had to keep recording." 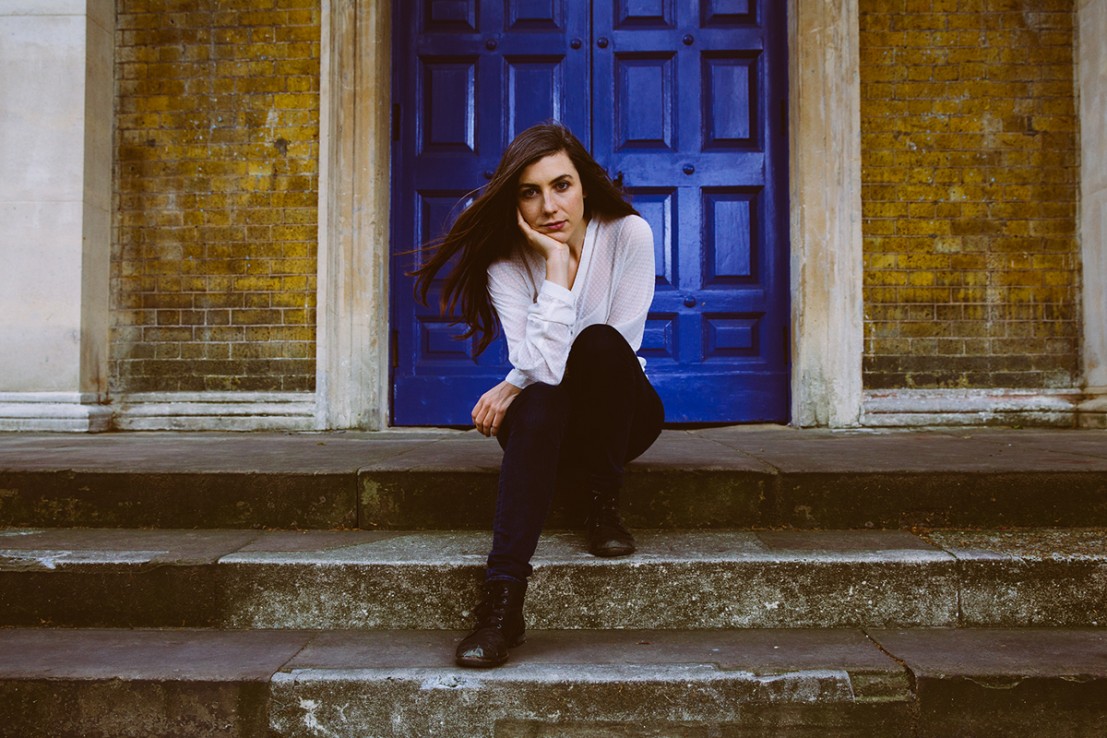 Self-deprecation can be an endearing artistic caveat, but with Holter it feels more like a deeply embedded frustration she’s still working to overcome.

In past interviews she’s really knocked herself about. Born in 1984, she attended Alexander Hamilton High School’s Academy of Music. But she wasn’t a singer, wasn’t a songwriter, wasn’t a pianist and wasn’t a performer. She studied composition at the University of Michigan, but got caught up trying to prove herself as an academic and made (by her own admission) some terrible music.

In 2007 she moved on to the revered CalArts, though it wasn’t until she discovered DIY recording, downloaded Audacity and set her keyboard to ‘harpsichord’ mode that she fell upon a formula that felt right. But still, she admonished her lyric writing, relying instead on the characters that fell from the pages on her bookshelf to inspire words that have always been, by any fair account, far from lacking.

"The words aren’t very brilliant or whatever," she mooches. "When they come out they're just the subconscious coming through, sending out some crazy stuff, that’s the way it happens. Then it’s just a matter of listening back and thinking about it. Trying to work out what’s going on."

All this from a woman who used the unrequited incestuous suicide of Euripides’ Hippolytus and turned it into her highly acclaimed 2011 debut Tragedy. Who moved through Virginia Woolf and Frank O’Hara for 2012’s Ekstasis, following it with a very direct interpretation of Colette’s 1944 novella Gigi for her Domino Records debut, 2013’s Loud City Song.

To what extent is Holter hiding in her stories? It should be said that listeners need no prior knowledge of her inspirations in order for the albums to work. And in any case the interpretations are never linear, instead picking characters, tiny details and thematic essence to build a world that is entirely her own.

Have You In My Wilderness has no extracurricular reading list as such, but moves with the same allegorical mystique. "Lucette Stranded On The Island" is inspired by an extraneous moment in Colette’s novel Chance Acquaintances and the voice through How Long came from Christopher Isherwood’s The Berlin Stories, but largely we are privy to a revolving cast of characters that are all her own.

"It’s not always about being theatrical," she responds. "Storytelling is the right way to think about it. I just love, love creating an atmosphere and like, I enjoy characters that aren't necessarily me. And yeah… Yes. It’s always reflections of me. For sure. For me that’s even more engaging, more exciting."

"Storytelling is the right way to think about it. I just love, love creating an atmosphere and like, I enjoy characters that aren't necessarily me. And yeah... Yes. It’s always reflections of me."

Perhaps the most striking facet to Have You In My Wilderness is how intimate and personal Holter gets without ever recounting her feelings directly. You have to work for the secrets. She’ll never Sam Smith her way out of an upset with speak-n-spell sob stories, ‘Oh, won’t you stay with me? ‘Cos you’re all I neeeeed.’ No. Holter’s heartbreak is dying on a rock in "Lucette Stranded On The Island". Tripping out over a sky full of cactus carrying birds before rising wide-eyed into "Sea Calls Me Home", comforted by the ocean’s expanse. Diving into the waves even though she can’t swim.

The musical transition between those two tracks (five and six respectively) is as revelatory as the lyrical content. Lucette is so whacked out in her final moments, she’s calling out her own name. Metallic bells clatter, a heartbeat through a compositional fog that blends strings, keys and floating harmonies into an eerie cinematic wash that rocks her into her final sleep. And then snap. Harpsichord, a vaudeville pound of the keys and a defiant cry, ‘I don’t need no one to follow, feathers full!’ She’s alive! "But," Holter says of the track’s jubilance, "there’s just something a little off about it."

Fittingly, it’s the album’s second single. But listen or watch away from the ten track context and you’ll easily forgo that "something", missing the subtext of Holter’s sea entirely.

"People ask me, is this record about nature? No. It's not. It’s not about nature. And I don’t even know what that would mean if it was. These landscapes are symbols. Yes, there is more landscape, more vast natural imagery, much more than I’ve ever used, desert and sea and the sun. It’s something I only noticed after."

After? That’s a struggle to comprehend. Nature as a device for Holter’s emotional complexity is at the album’s lyrical core. Take the sun. On every track you’ll find her stood behind a metaphorical lighting rig, toying with the way shadows dress her songs. A lover’s silhouette, distant horizons, golden beams of lightning, a cigarette butt glow.

"No. Not conscious," she confirms, pushed on these natural re-occurrences, her poetic cinematography. "Not conscious for sure. I think imagery for a song is just a kind of… I use it as a device, not necessarily super consciously. It’s just what happens when I’m writing a song."

So what was conscious? What was Holter really thinking when the rattlesnake winds, the light, the sea and the sun poured out all over her piano? 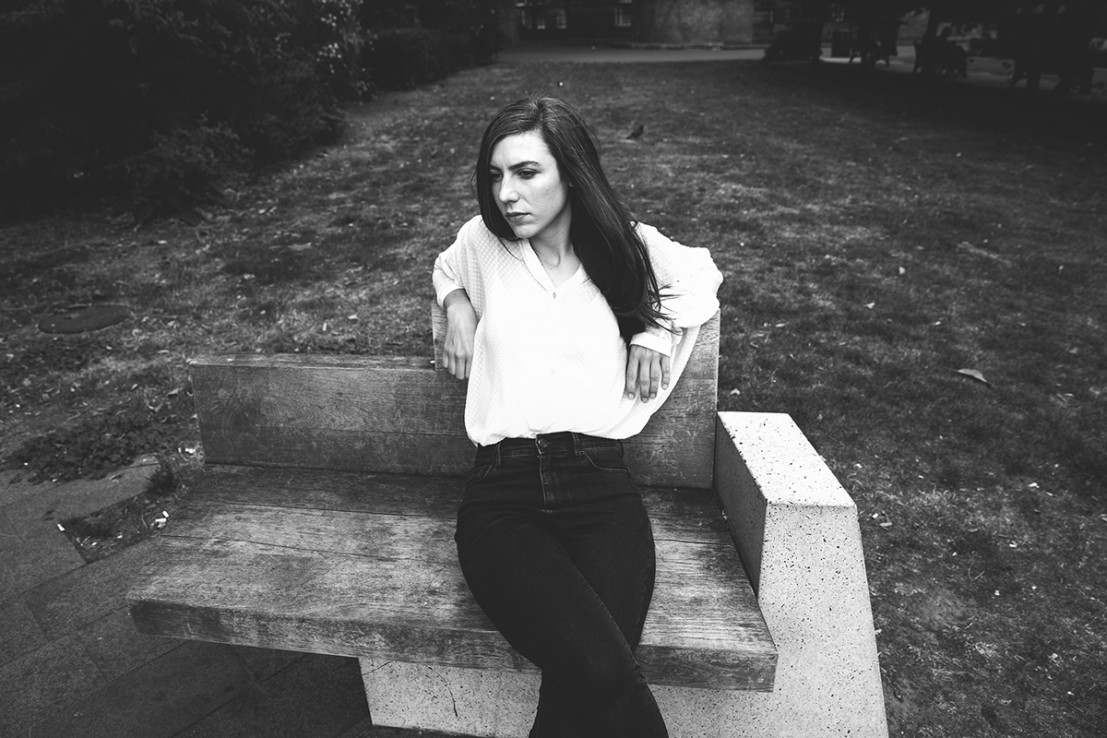 "Have You In My Wilderness could mean a lot of things. But what I was intending was… Um. You know, a frequent concept of love is to actually possess somebody. Possession has become part of the classic idea of love and we don't think of it negatively anymore. It’s become the way a lot of people approach love in life. It’s become the way love is presented in a lot of songs. Men trying to possess a woman, it’s very classic. You know, ‘have you,’ ‘I wanna take you,’ ‘you're in my world now.’ I wanted to play with that from both sides, men and women. Because they both do it, try to own somebody."

The final triumph then, is that Holter places these ten, critical divinations on the possessive heart in a literal, figurative and musical wilderness as multi-faceted as love itself. Basically, we're never safe. Pop-spun melodies crack into disorientating composition. 'He' wallows in deep, bass-slung longing one moment ["How Long"]. 'She' is hyped with a false sense of freedom the next ["Everytime Boots"]. Most impressive of all, it's a love universal and it's a love intimate and personal. A love unequivocally Julia Holter’s.

"People ask me, is this record about nature? No. It's not. It’s not about nature. And I don’t even know what that would mean if it was. These landscapes are symbols."

"Maybe that's why you don't like your voice," I suggest. "Because no matter how many characters you take on or the amount of symbolism you hide in, your voice always gives you up…"

"Haha. Oh, look. Everyone hates hearing themselves right? I think it’s very human to be that way. But [long pause]... I suppose I am surprised. Like, I don't have an intentional plan before I make a song. Basically these things just happen. I think that the way I use my voice is to work with my limitations and I try not to analyse it in my head but something will sort of happen and then it is like, "oh okay." And a lot of the times that is poetically, or the tone I come out with, and yeah. I’ll be surprised."

I wonder how she balances the consistent self-deprecation and precocious compositional skill. This desire for bold theatrics coupled with a world understood and explained through symbols and stories.

"Are you superstitious?" I ask.

"No, no," she interrupts. "I think I am just very, I am very interested in music that has surreal and mysterious qualities to it. Mystery in music is pretty much essential for me. So no, I'm not superstitious but I am paranoid. For sure."

Have You In My Wilderness it out now via Domino. Buy on ITUNES OR AMAZON.