It’s the “tyranny of distance” that keeps a lot of acts from Down Under completely off of the mainstream radar. Then again, good music always finds its way to the surface regardless of obstacles, it seems. Enter Midnight Juggernauts, whose soaring electronic pop hooks made fans across the globe without any money or effort to do so, a sign that those who seek will find in today’s digital culture.

With their debut, Dystopia, behind them and their sophomore effort, Crystal Axis, on store shelves, Midnight Juggernauts are a mainstream item and tours with Justice, !!! and Klaxons have only taken them further between releases. Vincent Vendetta took some time out to talk to TLOBF about a most surreal moment involving Kanye and their hopes for Olympic involvement.

I love the holistic, hands-on approach you guys seem to take to your craft – producing the album, running Siberia, designing some of your own merch, Is that an important value for the band overall to be that involved creatively? In other words, is creative control that important?

Yeah, we’ve always enjoyed being involved in all aspects from the beginning. We started with a DIY approach and it just makes sense to us. It’s good being able to run your own course without having to follow the same road from some higher power. I don’t think we’d be as interested in what we do if we didn’t have that creative freedom.

Let’s head back a bit. When parts of Dystopia began finding their way out of Australia, did you begin to think that things were really moving forward? To find out songs are being played in places not even released has to be a good feeling, right? Now that there is some distance from the release, did Dystopia do what you hoped it would do artistically?

Yeah we were definitely happy with the response we got and the way the album travelled. Also in the beginning, we didn’t have any money so we were expecting a hard task in getting exposure across the oceans. Coming from Australia, there’s always that tyranny of distance which makes things difficult if you want your music to spread. It was great when we started to tour the northern hemisphere and we noticed that people actually knew the songs. We definitely like the first album, though I think everything we release will always evolve in strange new ways. I like the idea of each album having its own character.

Do you remember the first moment when you realize the music had reached farther than you thought? Is there one live performance that stands out where you knew something had changed?

A live performance that stuck in my head wasn’t ours. When Kanye West was touring through Europe and the States in 2008, I remember all these people sending us messages that our music was being played before he jumped on stage, so I think it was heard by a lot of people on that run including my ex girlfriend, which made me quite happy. I’m quite into our tracks being used as warm up music. I’d love it if we could write something for the next Olympic opening ceremony.

How does moving from two to three people change things this time around in the studio?

It definitely changes the dynamics. For me personally it also meant letting go a bit and letting the music change and take its own course within the new framework. We loosened it up bit, coming from a more live approach and I think Daniel also brought more of his own rhythmic vibe to the music. It definitely took on a different character. I think it’s important to experiment and shake things up a bit every now and then just to challenge yourself and others. It’s much more fun being able to keep branching out into new territories.

At what point did the vision for The Crystal Axis come together? Did you already have things in mind when supporting Dystopia or do you wait until being the studio to allow the vision to come together?

We had lots of ideas in mind when we were touring, but then many more when we we in the studio. Also this album is different to the previous one as it’s definitely coming from the minds of three people, while the first one was mainly two people. We all had different backgrounds and ideas so they all took on their own life when we reached the studio.

Any new fun toys to play with in the studio this time around?

Yeah, we were able to dust off some old Arps and Moogs and lots of strange pedals. It was like a bit of a playground. Though some of those old analogue synths are so unpredictable, that once you find a sound you know you’ll never hear it again.

After playing out live all over the world, did that change your studio approach this time around?

We were writing a lot of the songs when we were on the road touring Dystopia. That experience of touring on the road for eight months definitely influenced the vision for the Crystal Axis. It’s more of a looser live album than the first one and we liked the idea of having a release which didn’t have dance beats and encompassed a different world. Though when you’re in the studio those visions are constantly evolving as well.

I want to switch to Siberia Records for a minute. Any plans to expand the roster there and get into the business beyond Midnight Juggernauts?

Yeah, we’d definitely like to put more music out there in the future. At the moment we’ve been too busy juggling our own projects but we’re looking into a few ideas so hopefully we can put more music out there soon. We’re actually getting lots of messages from artists in Russia who think we’re a Russian label. So our first release could be a compilation of music just of Russian bands, which would be quite amazing.

You said you’re thinking of a few ideas to expand Siberia Records. Do you have some tangible examples?

We’re starting off with a few left of centre releases and events to keep things off beat and interesting. We just put out an EP for this intriguing solo performer named Kirin J Callinan, first with a cassette release which just sold out and now with a small 300 multi-coloured run of vinyl. We’re also about to put out a vinyl for a group called Djanimals who have just signed to Stones Throw in the States.

We’re also planning a compilation of obscure and interesting Russian acts who’ve contacted us over the last few years. We also present small tours and put on regular nights in Australia, often with live band Karaoke where we set up our drums and guitars on the dancefloor and get the audience involved. We just like taking on things which sound found to us, so there’s a few other interesting plans coming in the future. 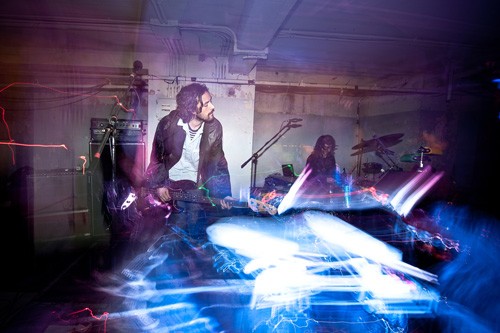